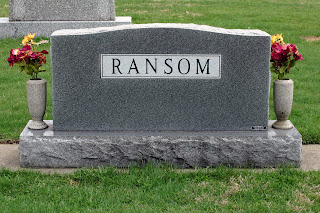 The excerpts below are from the "forward" of the 1883 book by William Graham Sumner entitled What Social Classes Owe to Each Other. Take special note of the second paragraph below.


“Who are those who assume to put hard questions to other people and to demand a solution of them? How did they acquire the right to demand that others should solve their world-problems for them? Who are they who are held to consider and solve all questions, and how did they fall under this duty?

So far as I can find out what the classes are who are respectively endowed with the rights and duties of posing and solving social problems, they are as follows: Those who are bound to solve the problems are the rich, comfortable, prosperous, virtuous, respectable, educated, and healthy; those whose right it is to set the problems are those who have been less fortunate or less successful in the struggle for existence. The problem itself seems to be, How shall the latter be made as comfortable as the former? To solve this problem, and make us all equally well off, is assumed to be the duty of the former class; the penalty, if they fail of this, is to be bloodshed and destruction. If they cannot make everybody else as well off as themselves, they are to be brought down to the same misery as others“.


“The little group of public servants who, as I have said, constitute the State, when the State determines on anything, could not do much for themselves or anybody else by their own force. If they do anything, they must dispose of men, as in an army, or of capital, as in a treasury. But the army, or police, or posse comitatus, is more or less All-of-us, and the capital in the treasury is the product of the labor and saving of All-of-us. Therefore, when the State means power-to-do it means All-of-us, as brute force or as industrial force.

If anybody is to benefit from the action of the State it must be Some-of-us. If, then, the question is raised, What ought the State to do for labor, for trade, for manufactures, for the poor, for the learned professions? etc., etc. - that is, for a class or an interest - it is really the question, What ought All-of-us to do for Some-of-us? But Some-of-us are included in All-of-us, and, so far as they get the benefit of their own efforts, it is the same as if they worked for themselves, and they may be cancelled out of All-of-us. Then the question which remains is, What ought Some-of-us to do for Others-of-us? or, What do social classes owe to each other?