Miller Time: when you have the time, we have more government for you! 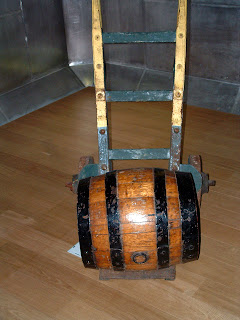 “Rep. Brad Miller introduced the Freedom and Mobility in Banking Act on Tuesday. It's a bill that would make the Consumer Financial Protection Bureau create a comparison list of banks and their fees.” (1)

Apparently the economic concept of the rational consumer no longer exists. The original "more is better" economic man has disappeared! Furthermore, the first rational item to go regarding economic man was rational comparison in the area of picking and choosing banking institutions. Go figure!


Rep. Brad Miller introduced the Further Government Intervention and Reduction of Freedom Banking Act on Tuesday. It's a bill that would make a very expensive government bureaucracy expand and create a government-directed comparison list of banks and their fees.


Apparently political populism still exists. The original "government mysticism" of political populism has not disappeared! Furthermore, the first populism item to continue is government mysticism in the area of picking and choosing banking institutions. Go figure!
How in the world did economic man 1.0, economic man 2.0, all the way up to economic man 2011.0 rationally go about choosing banking institutions without the help of politicos through the mechanism of government? Lucky for economic man his rational comparison abilities/skills can not be supplanted by the Brad Miller's ability to be in direct contact with omniscience and omni-presence delivering vast and perfect knowledge through the mechanism of government.

The nine most terrifying words in the English language are, 'I'm from the government and I'm here to help.' – Ronald Reagan

The eight most populist words in the English language are, “I’m Brad Miller, and I’m here to help”.