The Political-Economy of Politico Energy Policy -or- how to love higher prices funded by your own tax dollars! 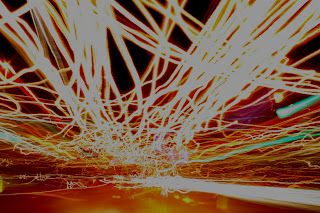 Freedom is not simply the right of intellectuals to circulate their merchandise. It is, above all, the right of ordinary people to find elbow room for themselves and a refuge from the rampaging presumptions of their “betters.” - Thomas Sowell from Knowledge and Decisions.

Restricting one’s freedom to use pecuniary wealth to influence others, say by offering higher prices to win agreements to sell, results in greater emphasis on “personal characteristics competition.” - Harold Demsetz (2)

Note that in Demsetz’s example, implicitly assumed, is that some exogenous power restricted freedom to use, in this example, pecuniary wealth.

What if an exogenous power, such as politicos, used verbal virtuosity based on the way things ought to be and the same politicos through the mechanism of government used regulatory authorities and their inherent regulatory powers to simultaneously create conditions for personal competition and cultural competition to the exclusion of impersonal competition? What if such conditions then fostered an army of economic rent seekers aka crony capitalism rather than an army of competitors in a free market environment? Could such conditions ever be present?

Welcome to the wonderful world of politico directed Department of Energy (DOE) loans to green energy companies simultaneously accompanied by the regulatory edicts of the Environmental Protection Agency (EPA).

We now have culture competition simultaneous with personal competition. Hence the politico has created an environment in which politico-created competing cultures compete on a personal basis. Stated alternatively, rather than free enterprise competition occurring in the area of energy to create the most efficient allocation of resources with alternative uses, politicos through the mechanism of government have created a centrally planned misallocation of resources with alternative uses by introducing cultural and personal competition.

Who gains when a misallocation of resources occur? The producer that charges above market prices (when lower market-based prices are available) and simultaneously enjoys subsidies [taxpayer money]. The politico also benefits as he/she has exercised political constituency building through the use of taxpayer dollars (tax payer funded subsidies recalculate back to the politico in the form of political contributions of one type or another including monetary). You have been duped again? Well of course you have!

“The government has nothing to give. The government is simply a mechanism which has the power to take from some to give to others. It is a way in which some people can spend other peoples' money for the benefit of a third party - and not so incidentally themselves.” -Milton Friedman