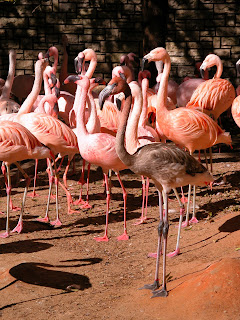 "Government is the only enterprise on earth, that when it fails, it just does the same thing over again, just bigger". - Don Luskin, TrendMacro


'The president and his supporters are in the grip of what the economist F.A. Hayek once called the "fatal conceit" -- the idea that politicians can manage an economy according to some overall plan. Their efforts to create "green" jobs, stimulate the economy, redistribute income and manage costs in the health care system are all examples of the fatal conceit run amok. A large and modern economy, made up of hundreds of millions of participants who make spending and investment decisions by the minute, is far too complex to allow for centralized coordination. Such efforts, Hayek warned, invariably make a difficult situation worse'.

‘Hayek was skeptical of Keynes' theory on economic grounds, but even more so on political grounds. Efforts by the state to manage the economy will certainly fail, he argued, but they will not be abandoned. Every failure would instead lead to more ambitious and extravagant policies to reach the elusive goals, until more and more aspects of the economy are brought under government control. This, Hayek argued, was "the road to serfdom." ‘- Manhattan Moment: Hayek's wisdom, rediscovered, James Piereson, Washingtonexaminer.com, 09/28/2011

The link to the entire article appears below:


You also might be interested in F.A. Hayek’s speech given at his acceptance of the Nobel Prize 12/11/1974 entitled “The Pretense of Knowledge”. Link appears below: