High persistent unemployment: a statistical outlier or an indicator? 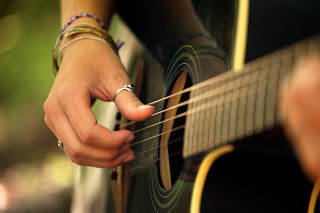 
Another item, which you hear less of, is the persistent below trend number in GDP and the associated “snap back” after recession [in trend] for several quarters settling back to trend. The snap back which is associated with job creation (in most instances).


The “snap back” is really Milton Friedman’s “Plucking Model”. Basically, when an economy goes into recession, based on historical economic cycle statistics, the GDP trend acts like the plucking of the string of a guitar [hence Plucking Model]. That is, when the economy recedes, like pushing a guitar string, it snaps back [like a guitar string] and trends above historical GDP trend for several quarters before returning to trend [a still guitar string]. (4) (5) Generally speaking, the “snap back” would have occurred and continued surrounding the June 2009 date.


-Or- is the statistical phenomena not an outlier but an indicator of summation. Does GDP trend fall and remain below trend and snap back becomes eliminated due to the summation of factors?


At some unknown but certain point does the historical summation of a political tax code, the funding of a politically promised social welfare state, continuing and historical class warfare rhetoric, mountains of regulation associated with a nanny state, crony capitalism, failure to foster private capital formation, etc. (lending itself to a summation-effect regarding expectations), finally create such a bottle neck that the current phenomena is not an outlier, rather an indicator of the summation?
Notes:
(1)    Deep freeze, The Economist, 08/18/2011, http://www.economist.com/blogs/dailychart/2011/08/gdp-recovery-recession?page=2
(2)    The Recession Has (Officially) Ended, NYT, http://economix.blogs.nytimes.com/2010/09/20/the-recession-has-officially-ended/
(3)    Recession officially ended in June 2009, CNN Money, http://money.cnn.com/2010/09/20/news/economy/recession_over/index.htm
(4)    Milton Friedman’s ‘Pluck’ Gives Hope to Jobless, Bloomberg, 04/06/2009, http://www.bloomberg.com/apps/news?pid=newsarchive&sid=aeHgUQWKHL3Y
(5)    In-Depth Look - Snap Back In The Economy – Bloomberg, http://www.youtube.com/watch?v=wH4rnKuNCRw
Posted by W.E. Heasley at 11:22 AM