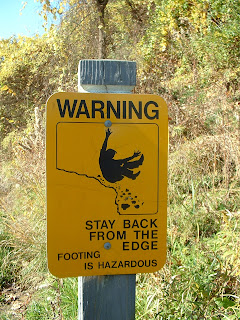 “In case you needed further proof of the American education system's failings, especially in poor and minority communities, consider the latest crime to spread across the country: educational theft“.

“These arrests represent two major forms of exasperation. First is that of parents whose children are zoned into failing public schools—they can't afford private schooling, they can't access school vouchers, and they haven't won or haven't even been able to enter a lottery for a better charter school. Then there's the exasperation of school officials finding it more and more difficult to deal with these boundary-hopping parents.

From California to Massachusetts, districts are hiring special investigators to follow children from school to their homes to determine their true residences and decide if they "belong" at high-achieving public schools. School districts in Florida, Pennsylvania and New Jersey all boasted recently about new address-verification programs designed to pull up their drawbridges and keep "illegal students" from entering their gates.

Other school districts use services like VerifyResidence.com, which provides "the latest in covert video technology and digital photographic equipment to photograph, videotape, and document" children going from their house to school. School districts can enroll in the company's rewards program, which awards anonymous tipsters $250 checks for reporting out-of-district students.

Only in a world where irony is dead could people not marvel at concerned parents being prosecuted for stealing a free public education for their children. “ (1)

Considering the above activity, one might find the answer to "educational theft" in a brilliant essay by Don Boudreaux entitled Grocery School:

Residents of each county would pay taxes on their properties. A huge chunk of these tax receipts would then be spent by government officials on building and operating supermarkets. County residents, depending upon their specific residential addresses, would be assigned to a particular supermarket. Each family could then get its weekly allotment of groceries for “free.” (Department of Supermarket officials would no doubt be charged with the responsibility for determining the amounts and kinds of groceries that families of different types and sizes are entitled to receive.)

Except in rare circumstances, no family would be allowed to patronize a “public” supermarket outside of its district.

Residents of wealthier counties – such as Fairfax County, VA and Somerset County, NJ – would obviously have better-stocked and more attractive supermarkets than would residents of poorer counties. Indeed, the quality of public supermarkets would play a major role in determining people’s choices of neighborhoods in which to live.

Of course, thanks to a long-ago U.S. Supreme Court decision, families would be free to shop at private supermarkets that charge directly for the groceries they offer; such private-supermarket families, though, would get no discount on their property-tax bills.

When the quality of supermarkets is recognized by nearly everyone to be dismal, the resulting calls for “supermarket choice” would be rejected by a coalition of greedy government-supermarket workers and ideologically benighted collectivists as attempts to cheat supermarket customers out of good supermarket service – indeed, as attempts to deny ordinary families the food that they need for their very survival. Such ‘choice,’ it would be alleged, will drain precious resources from the public supermarkets whose (admittedly) poor performance testifies to the fact that these supermarkets are under funded.

And the small handful of people who call for total separation between supermarket and state would be criticized by nearly everyone as being, at best, delusional and – it would be thought more realistically – more likely misanthropic devils who are indifferent to the malnutrition and starvation that would sweep the land if only private market forces governed the provision and patronizing of supermarket. (Some indignant observers would even wonder aloud at the insensitivity of referring to grocery shoppers as “customers”; surely the relationship between suppliers of life-giving foods and the people who need these foods is not so crass as to be properly discussed as being ‘commercial.’)

Does anyone believe that such a system for supplying groceries would work well, or even one-tenth as well as the current private, competitive system that we currently rely upon for supplying grocery-retailing services? To those of you who might think so, pardon me but you’re nuts.

To those of you who understand that such a system for supplying grocery-retailing services would be a catastrophe, why might you continue to count yourself in the ranks of those who believe that government schooling (especially the way it is currently funded and supplied) is the system that we should continue to use?” (2) (3)