Politicos Through the Mechanism of Government: Busting Bubbles and Benumbing Freezes 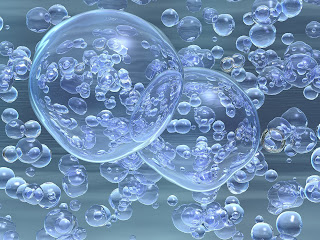 Finally, the 30 years of fermentation of the financial crisis was brought to the busting bubble stage by the cheap money effect of the Fed. Does the benumbing effect of mountains of regulation become a total freeze stage (the antithesis of the busting bubble) through a sudden and encompassing hyper-regulatory effect e.g. regulatory policies of 2008 to present embodied by Dodd-Frank, Consumer Protection Agency, EPA, Department of Energy, etc., etc..

This way lies charlatanism and worse. To act on the belief that we possess the knowledge and the power which enable us to shape the processes of society entirely to our liking, knowledge which in fact we do not possess, is likely to make us do much harm.

But in the social field the erroneous belief that the exercise of some power would have beneficial consequences is likely to lead to a new power to coerce other men being conferred on some authority. Even if such power is not in itself bad, its exercise is likely to impede the functioning of those spontaneous ordering forces by which, without understanding them, man is in fact so largely assisted in the pursuit of his aims. - F.A. Hayek, from the essay The Knowledge of Pretense (2)