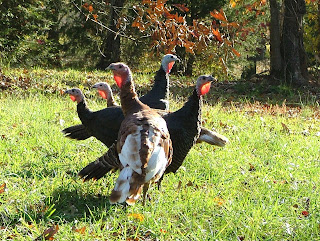 'Perhaps the greatest achievement of market economies is in economizing on the amount of knowledge needed to produce a given economic result. That is also their greatest political vulnerability. The public can get the economic benefits of such systems by judging results without understanding processes. But in their political behavior, the public must judge processes - including economic processes of which they may be ignorant or misinformed. Public misunderstandings can lead not only to misinterpretations of economic benefit as harm, but to actual harm resulting from policies designed to “correct” perceived problems. Once the process is underway, every perceived problem - whatever its reality or origin - calls for political solution, and these “solutions” tend to create a never-ending supply of new problems to be “solved”.'
-Thomas Sowell, Knowledge and Decisions, p.69

When getting your kicks on route sixty-six….don't forget San Bernardino 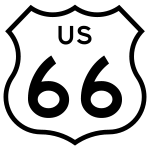 "What happens when public employee unions begin calling too many of the shots in government?”

“Yet on close examination, the city’s decades-long journey from prosperous, middle-class community to bankrupt, crime-ridden, foreclosure-blighted basket case is straightforward — and alarmingly similar to the path traveled by many municipalities around America’s largest state. San Bernardino succumbed to a vicious circle of self-interests among city workers, local politicians and state pension overseers.

Little by little, over many years, the salaries and retirement benefits of San Bernardino’s city workers — and especially its police and firemen — grew richer and richer, even as the city lost its major employers and gradually got poorer and poorer.”

“In bankrupt San Bernardino, a third of the city’s 210,000 people live below the poverty line, making it the poorest city of its size in California. But a police lieutenant can retire in his 50s and take home $230,000 in one-time payouts on his last day, before settling in with a guaranteed $128,000-a-year pension. Forty-six retired city employees receive over $100,000 a year in pensions.


Almost 75 percent of the city’s general fund is now spent solely on the police and fire departments, according to a Reuters analysis of city bankruptcy documents – most of that on wages and pension costs.”

The Day They Took the Twinkies Away: 18,500 Jobs Lost as Hostess is Shuttered 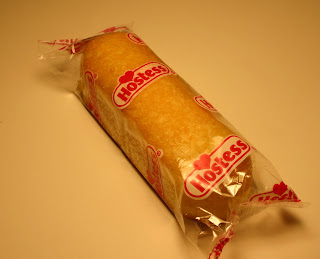 “The company, whose roster of brands date as far back as 1888, filed a motion to liquidate Friday with U.S. Bankruptcy Court after striking workers across the country crippled its ability to maintain production.

Hostess CEO Greg Rayburn said in an interview that there was no buyer waiting in the wings to rescue the company. But without giving details, he said that there has been interest in some of its 30 brands, which include Dolly Madison and Nature's Pride snacks. Experts agreed that it was likely the biggest brands would survive.

Hostess, based in Irving, Texas, filed for Chapter 11 protection in January, its second trip through bankruptcy court in less than three years. Unlike many of its competitors, Hostess had been saddled with high pension, wage and medical costs related to its unionized workforce. The company also faced intensifying competition from larger companies such as Mondelez International, the former snack unit of Kraft Foods that makes Oreos, Chips Ahoy and Nabisco.

The shuttering of Hostess means the loss of about 18,500 jobs. Hostess said employees at its 33 factories were sent home and operations suspended Friday. Its roughly 500 bakery outlet stores will stay open for several days to sell remaining products.

The move to liquidate comes after a long battle with its unions. Thousands of members of the Bakery, Confectionery, Tobacco Workers and Grain Millers International Union went on strike last week after rejecting a contract offer that slashed wages and benefits. The bakers union represents about 30 percent of the company's workforce.” (1)

“Hostess Brands Inc. had earlier warned employees that it would file to unwind its business and sell off assets if plant operations didn't return to normal levels by 5 p.m. Thursday. In announcing its decision, Hostess said its wind down would mean the closure of 33 bakeries, 565 distribution centers, approximately 5,500 delivery routes and 570 bakery outlet stores in the United States.

Hostess suspended bakery operations at all its factories and said its stores will remain open for several days to sell already-baked products. In the Chicago area, there were reports of Hostess products flying off the shelves.”

“The Irving, Texas-based company had already reached a contract agreement with its largest union, the International Brotherhood of Teamsters. But thousands of members in its second-biggest union went on strike late last week after rejecting in September a contract offer that cut wages and benefits. Officials for the Bakery, Confectionery, Tobacco Workers and Grain Millers International Union say the company stopped contributing to workers' pensions last year.

NBC's Savannah Guthrie read a statement on "Today" from the bakers' union that said: “Despite Greg Rayburn’s insulting and disingenuous statements of the last several months, the truth is that Hostess workers and the union have absolutely no responsibility for the failure of this company. That responsibility rests squarely on the shoulders of the company’s decision makers.”

Rayburn responded that he had been “pretty straightforward in all the town hall meetings I’ve done at our plants to say that in this situation I think there is blame that goes around for everyone.”

He denied that the decision to shut down could be a last ditch negotiation tactic to get the union back to the table.

ObamaCare Surcharge Levied by Your Local Eatery? No way! Way! 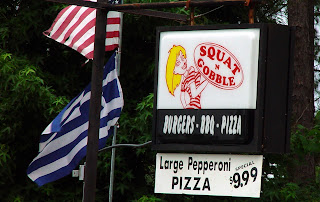 “Florida based restaurant boss John Metz, who runs approximately 40 Denny's and owns the Hurricane Grill & Wings franchise has decided to offset that by adding a five percent surcharge to customers' bills and will reduce his employees' hour

With Obamacare due to be fully implemented in January 2014, Metz has justified his move by claiming it is 'the only alternative. I've got to pass on the cost to the customer.' “ - UK Daily Mail

Link to the entire article entitled Denny's to charge 5% 'Obamacare surcharge' and cut employee hours to deal with cost of legislation:
http://www.dailymail.co.uk/news/article-2233221/Dennys-charge-5-Obamacare-surcharge-cut-employee-hours-deal-cost-legislation.html

H/T Pretence of Knowledge
Posted by W.E. Heasley at 7:33 AM No comments:

John C. Goodman on Replacing Obamacare and Curing the Healthcare Crisis [Part One]

Voluntary Exchange at the Point of Mutual Self-Interest 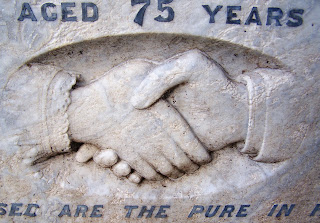 “If an exchange between two parties is voluntary, it will not take place unless both believe they will benefit from it. Most economic fallacies derive from the neglect of this simple insight, from the tendency to assume that there is a fixed pie, that one party can only gain at the expense of another.” - Milton Friedman


The “simple insight” that Friedman mentions above can be difficult to comprehend when, as Friedman points out, zero sum thinking is introduced, that is, “that one party can only gain at the expense of another“.

Is zero sum thinking purposely introduced [that exchange is a phenomena where one party only gains at another party’s expense] as less of a “tendency” and more of a politically motivated event? Stated alternatively, is zero sum thinking applied to exchange to allow for a third party, the politico, to supposedly rectify the gain? To levelize the gain as it were. To become the white knight charging in, to solve the ills of exchange, when in fact no ills exist.

One of the better articulations of the concept of voluntary exchange at the point of mutual self-interest which makes the pie grow appears below:


“The basic mechanism of contract is very simple, powerful, and universal. It essentially involves your surrendering something that you value in exchange for something else that you value even more. If both sides allow the trade to occur, there will be an enormous increase in overall well being….”

“What is even better is that this one simple idea of gains through trade is capable of infinite repetition.”

“One good idea bets a thousand bad ones”.

“The logic of mutual gain from voluntary exchange is perfectly general. It rests only on the self-interest of individuals in a world of scarcity. It is not particular to one culture, one time, or one set of values”.

“….exchange is not role specific…”

“It does not create one set of rules for people who are rich and powerful and another set for those who are frail or meek. Instead, the law speaks about two hardy standbys in all contractual arrangements: A and B. These people are colorless, odorless, and timeless, of no known nationality, age, race, or sex.” (1)


The entire video is excellent. However, one may very well find insight by paying particular attention to the video from time period 6:00 to 7:04.
Posted by W.E. Heasley at 5:30 AM No comments: 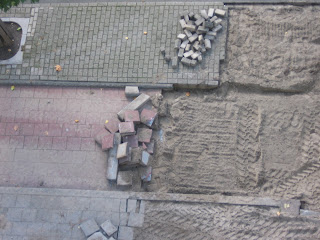 
Where Have All The Workers Gone? Why are more people leaving the labor force, and what are they doing?


Pulling Up Stakes, Have Americans lost the urge to move? 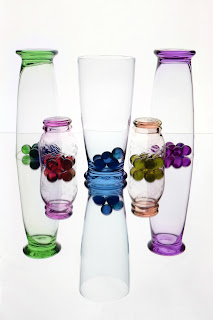 Why is it that conventional wisdom depicts classical economist John Baptiste Say and Say’s Law as “supply creates it own demand”? Is the depiction correct?

“Say’s Law is best known in the form Keynes postulated it in The General Theory: “supply creates its own demand” . Despite the apparent eloquence and simplicity contained in this definition, it obscures the genuine meaning of the concept.”

“Instead, Say’s Law can be interpreted as saying that the ability to produce generates their ability to purchase other products. One can only fully grasp Say’s Law when analyzing the nature of the division of labor in a market economy. Individuals specialize in producing a limited range of goods or services, and in return receive income that they use to buy goods and services from others. The income one receives from production is their source of demand. In other words, “all purchasers must first be producers, as only production can generate the power to purchase” . This idea is intimately linked to the Smithian idea that the division of labor is limited by the extent of the market.“

The above quotes come from a most excellent essay by Garrett Watson of St. Lawrence University.His essay is entitled Misunderstanding Say’s Law of Markets.

Chuck Woolery on the Unemployment Crisis

Everything You Need to Know About the Fiscal Cliff - WSJ