ObamaCare: no going back? 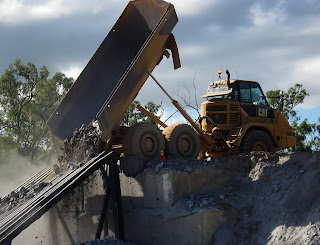 On December 21st Health and Human Services Secretary Kathleen Sebelius held a special news conference as an acclamation of ObamaCare. She concluded the news conference by stating "I think its important folks understand there is no going back". (1)

The "no going back" statement by Sebelius was an attack on the movement to repeal or de-fund ObamaCare.

However Sebelius missed the larger picture that first stage ObamaCare de-funding had already occurred and a showdown is in the offing for March 2011. That "no going back" had already been replaced with "going back". 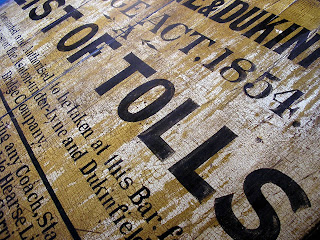 Hence a judicial ruling states the cost charged for failure to abide by the mandate is a penalty and not a tax. Then what taxes are true taxes within the plan?

Many people are familiar with the term Cadillac Tax but what does it really mean and how many people will be affected now and in the future? The Cadillac tax is a 40% excise tax imposed on employer-provided insurance plans beginning in 2018. The tax is levied against the insurer or the employer if the employer has elected a self-insured plan. The tax is applied to the amounts in excess of the threshold as follow: the actuarial value in excess of $10,200 for individuals and $27,500 for families.

The initial amount of workers estimated to fall under the excise tax is 12%. However, the initial figures of $10,200 and $27,500 mentioned above are indexed to inflation as measured by the consumer price index (CPI). That's good right? Wrong. Medical-care inflation and subsequently medical insurance costs are rising much faster than the CPI. Hence the adjustment of the above figures will generally grow slower than the rate of premium increase hence more and more people will fall under the excise tax as time goes by.

Investment income of capital gains, interest, and dividend income will become subject to the 3.8% medicare tax beginning in 2013. The tax is levied on incomes in excess of $200,000 for individuals and $250,000 for couples.

Its important to remember that capital gains also include real estate. See the following post for additional details:

A tax will be levied against pharmaceutical manufacturers on named brand prescriptions. The tax is based on a target revenue that needs raised according to the ObamaCare legislation. The target is $2.5 billion in tax revenue in 2011 moving up to $4.2 billion in 2018 then moving to a constant target of $2.8 billion thereafter.

Its very important to remember that taxes levied against firms are merely passed onto consumers in the form of higher prices.

Basically all durable devices used by doctors, hospitals, outpatient clinics, general clinics, etc. will be subject to a 2.9% tax. Once again taxes levied against firms are merely passed onto consumers in the form of higher prices.

A tax will be assessed upon health insurers based on their particular market share. The assessment begins at $8 billion and moves up to $14.3 billion by 2018. Yes, you got it, taxes levied against firms are merely passed onto consumers in the form of higher prices.

A 10% tax has been imposed on tanning salons and of course that tax is passed onto the consumer.

If you suffer a casualty loss regarding uninsured medical expenses the deductible threshold has been raised from 7.5% of adjusted gross income to 10%. (2)

The world of ObamaCare taxes

Rather than merely adding up the taxes and coming up with a figure that might seem outrageous, maybe its better to seek insight about the many and several taxes using Thomas Sowell's observation that a tax is a tax on an economy. That is to say, a tax reduces economic activity hence it effects the greater economy of which you are a participant.

Moving forward in time to hyper-tax associated with the creation of the hyper-state, affairs regarding politicos propositions and associates taxes is explained by Thomas Sowell explains as follows:


(a) the propositions and associated tax employed/championed by politicos is based on first stage economic consequences,

Politicos have no interest in economics as their interest lies in a very short term political time horizon e.g. next election.

“There is only one difference between a bad economist and a good one: the bad economist confines himself to the visible effect; the good economist takes into account both the effect that can be seen and those effects that must be foreseen.” - Frédéric Bastiat

Taking a look at the taxes associated with ObamaCare one can quickly see that the class warfare argument of collectivists is at work. That somehow the class of folks earning over $200,000 as an individual or $250,000 as a couple are clearly singled out. A particular class has been identified to tax and this class is associated with a greater class warfare argument put forth by collectivists.

However the "middle class", the mantra of the collectivist, is suppose to be focused on the class warfare associated tax of the higher income earners. However the middle class is duped as the many taxes levied against firms (as mentioned above) are merely passed on as higher prices to middle class consumers.

The recent court ruling in Virginia states the fee charged for not adhering to the ObamaCare mandate is a "penalty" and not a tax. That the penalty is associated with the unconstitutionality of the mandate. However taxes in fact abound within ObamaCare.

The taxes within ObamaCare are framed as soaking the rich (class warfare argument) but in effect directly affect costs and job creation availability for the middle class.