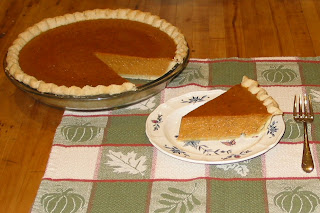 Each time class warfare politics raises its ugly head in regards to taxes, the rich are vilified and the vilification is used to argue for an increase tax on the so called “rich“. The argument put forth by politicos is the general and usual notional argument with concepts such as “fair”, “just”, “fair share” and so on. Purely political notional concepts that only have absolutely no meaning except in the context the politico presents e.g. fair is merely what you are doing and the other guy is not doing. That is to say, its an argument with no arguments. Vilification and notional concepts do not make for empirical underpinnings of any policy be it public or private.

Moreover, when the dust clouds of class warfare politics settle, everyone ends up paying more taxes. Stated alternatively, if one climbs on the magical bus of class warfare to tax the rich, at some point one has their very own class warfare bus ticket punched and ends up thrown under the bus of higher taxes. Odd huh?!?

Its not really that odd at all. You see, in a system of “some people” politicos want/need more money to spend. Why? The conduit of taxpayer dollars must increase at an increasing rate allowing the politico to use such funds for political constituency building exercises. Special interests and dependency constituencies [recipient class] are built with taxpayer money. The existing taxpayer-dollar-funded-constituencies, as well as any newly proposed constituency building targets, require vast amounts of taxpayer dollars flowing into the sphere of the politico. The flow must increase at an increasing rate in order for the politico to “grow their constituency”.


“Here it may suffice to observe that, on the theories of the social philosophers to whom I have referred, we should get a new maxim of judicious living: Poverty is the best policy. If you get wealth, you will have to support other people; if you do not get wealth, it will be the duty of other people to support you“. - W.G. Sumner (1)


Therefore, the politico promoted class warfare argument purposely plays James and Jane Goodfellow for saps. It sounds great as the politico weaves and frames the argument that you can have some other group of people pay for some crisis or problem. The politico is going to save you from the expense of solving a problem by merely making someone else pay for the problem.

The question one must ask oneself is: the centuries upon centuries of basically the exact same politico promoted class warfare argument has done exactly “what” to solve any and all problems? The politico wants you to judge them by their intentions and not their results. Exactly what results do we have presently? Do we have a tax problem or a spending problem? The politico wants the answer to be that we have a tax problem as they want more tax dollars to “grow their constituency”. The politico must direct the problem away from the spending side of the equation as decreases in spending means the collapse of existing political constituencies built and dependent on taxpayer dollars and disallows the acquisition of newly proposed constituency building targets.

(1) On a New Philosophy: That  Poverty is the Best Policy, William Graham Sumner, 1883