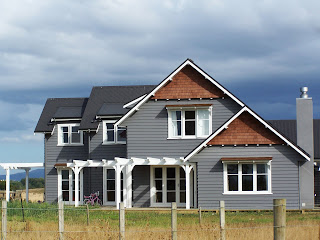 Got Real Estate?
You are the lucky winner of a new ObamaCare real estate tax!

You very likely know that the real estate and associate residential construction sectors are very depressed. So deeply depressed that the Obama Administration has spent money we do not have (deficit spending) and sponsored the never ending bail outs of Fannie and Freddie (money we do not have) to bolster these two sectors.

Wait a darn minute! Capital gains on home sales, within limits, are exempt from tax. That is correct. However, ObamaCare merely added an additional tax beyond the capital gains limited exemption.

There are certain income and capital gains formulas for the newly imposed tax regarding principle residence sales that may or may not mitigate the tax. But if you own investment property or a seasonal home, no such formulas exist and prepare to pay the full 3.8% tax on the gain in value upon the sale of such property. The tax goes into effect in 2013.

By the way, the tax/income formula is not indexed for inflation hence as your income rises due to inflation, the formula for principle residences tax begins to encompass more and more people until theoretically we all pay more and more of the tax or, alternatively, your exemption from tax grows smaller and smaller.

When you first impose a tax or increase an existing tax on a good or service, generally speaking, the rule is: you will get less of that item. Further, with the tax imposed for an unlimited time as well as not indexed for inflation, the tax time horizon is such that behavior regarding real estate purchases and potential subsequent sales will be changed in the long term. Primary residential real estate, seasonal homes, and investment real estate will be negatively impacted.

Summary
The Obama Administration is attempting to stimulate the residential real estate and associated residential construction sectors through multiple policies while simultaneously depressing the long term real estate purchase/sales behavior by imposing a tax associated with ObamaCare which is associated with a completely different sector i.e. health-care.

Settling the Question of a Real Estate Tax in Obamacare 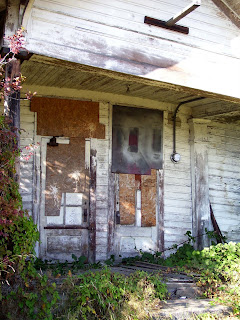 ObamaCare has had a rough couple weeks. Apparently all the naysayers were really the truth tellers. How can it possibly be?

All central planning schemes that attempt to replace a free market eventually unravel. No one person or even group of people have the mundane knowledge to replace the free market mechanism with a predetermined outcome, centrally planned, price fixing scheme. Regardless of the notional argument that certain intellectuals possess "special knowledge", knowledge that will cause schemes to work, the empirical evidence is that no scheme can mimic a free market.

The quick unravel of the ObamaCare scheme is seen in its most recent form as coverage vs. penalties and immediate skyrocketing costs. However, the real unravel is the attempt to create an additional entitlement scheme in an environment of current overall entitlement schemes failing.

Once companies did the math on providing coverage vs. paying a health-care penalty, the efficient position is to pay the penalty and eliminate coverage. (1) (2) AT&T, Verizon and many others are weighing the option of dumping coverage and merely paying the penalty as the cost would be less.

Then comes more pesky math. Yes, allowing children to stay on their parents policy until age 26 will increase premiums. (3) Yes, several revisions of the cost of ObamaCare by the Congressional Budget Office have now pegged the cost to exceed $1 trillion and yes the federal government budget deficit will increase not decrease due to ObamaCare. (4) (5) (6) (7)

European Meltdown of Economies based on Entitlements

Progressives and/or socialists over the last 100 years solve every possible problem with more and more government intervention in the form of regulation, government programs leading to addition bureaucrats, and unfunded entitlements.

Sometimes Failure comes with a Warning

ObamaCare is merely another entitlement added to the sea of unfunded entitlements (currently standing at +$100 trillion unfunded) that will unravel like the other unfunded entitlements, the summation of which, are creating a word of hollow promises. Progressives and socialist have created the ultimate world of unreality. Promises built on a house of cards. Promises heading for a recognising day with of no funds and hence no benefits.

However a warning signal, a lighthouse standing on the rocks, a sinking ship distress signal is available for all to see. Greece is imploding due to unsustainable debt directly linked to unfunded and unsustainable entitlements (empty promises) made by their socialist government policies. The European Union, lead by Germany have arranged for a bail out. However, the bail out comes with conditions.

Of the many conditions of the bail out is the privatizing their health care system. No way! Way! That the Greek socialized medicine system needs privatized should be a warning that ObamaCare is merely an additional pathway to bankruptcy. (11)

The American people, armed with mundane knowledge, are signaling repeal of ObamaCare (12) (13). Political leaders should hear the message from the American people and see the warning that the Greece and euro-style financial meltdown is largely due to unsustainable unfunded entitlements. That current entitlements need addressed and fix before empty promises go bust. That no new entitlements such as ObamaCare need proposed until the U.S. financial house is in order which could take decades.


(13) http://www.rasmussenreports.com/public_content/politics/current_events/healthcare/march_2010/health_care_law
Posted by W.E. Heasley at 10:10 AM No comments: