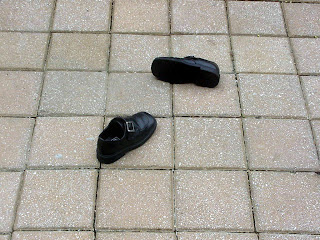 “I PROPOSE in this lecture to discuss one of the most subtile and widespread social fallacies. It consists in the impression made on the mind for the time being by a particular fact, or by the interests of a particular group of persons, to which attention is directed while other facts or the interests of other persons are entirely left out of account. I shall give a number of instances and illustrations of this in a moment, and I cannot expect you to understand what is meant from an abstract statement until these illustrations are before you, but just by way of a general illustration I will put one or two cases“. - William Graham Sumner, 1883 (1)

Above is the opening paragraph of William Graham Sumner’s famous essay “The Forgotten Man” written in 1883. And what did Sumner propose to discuss as a widespread social fallacy?

“These illustrations bring out only one side of my subject, and that only partially. It is when we come to the proposed measures of relief for the evils which have caught public attention that we reach the real subject which deserves our attention. As soon as A observes something which seems to him to be wrong, from which X is suffering, A talks it over with B, and A and B then propose to get a law passed to remedy the evil and help X. Their law always proposes to determine what C shall do for X or, in the better case, what A, B and C shall do for X. As for A and B, who get a law to make themselves do for X what they are willing to do for him, we have nothing to say except that they might better have done it without any law, 'but what I want to do is to look up C. I want to show you what manner of man he is. I call him the Forgotten Man. Perhaps the appellation is not strictly correct. He is the man who never is thought of. He is the victim of the reformer, social speculator and philanthropist, and I hope to show you before I get through that he deserves your notice both for his character and for the many burdens which are laid upon him“.

“Whenever A and B put their heads together and decide what A, B and C must do for D, there is never any pressure on A and B. They consent to it and like it. There is rarely any pressure on D because he does not like it and contrives to evade it. The pressure all comes on C. Now, who is C? He is always the man who, if let alone, would make a reasonable use of his liberty without abusing it. He would not constitute any social problem at all and would not need any regulation. He is the Forgotten Man again, and as soon as he is brought from his obscurity you see that he is just that one amongst us who is what we all ought to be”.

However, the essay remains and for those who would enjoy some 1883 insight, insight that remains today, the link to the essay appears below.

Note: once you reach the link scroll down a bit and the essay appears below the fold.

(1) William Graham Sumner, The Forgotten Man and Other Essays.

(2) Amity Shlaes, The Forgotten Man, a New History of the Great Depression.