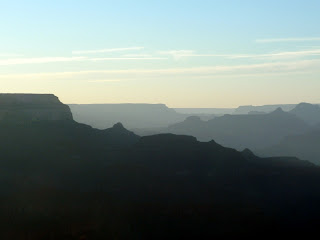 It is impossible to imagine the universe run by a wise, just and omnipotent God, but it is quite easy to imagine it run by a board of gods.- H.L. Mencken


Taking five economists, F.A. Hayek, Milton Friedman, Thomas Sowell, Robert Lucas and Thomas Sargent, and boiling down many of their observations, one might make the following consolidated-compact summation:

Markets never clear perfectly. Why? Serially uncorrelated errors. Hence no perfection can occur. The imperfection is the "entry point" by the collectivist in the "all markets will clear" phenomena. "Entry point" meaning the entry point for the market intervention argument. Paradoxically, intervention-distortion advocated by collectivists merely creates an environment that magnifies serially uncorrelated errors. That "imperfection" is the entry point and "perfection" is the argument.... when in fact perfection become additional imperfection. (1) (2) (3) (4) (5) (6) (7) (8)

Sowell has made the observation that collectivists have a common thread debate point which is: comparison of a perfect world with the real world outcomes of free people in a market based economy. The debate point is that of perfect vs. real. That somehow, someway market intervention of central planning by a central authority will move one toward perfect from the actual/real outcome. Keep that in mind for a moment.

Enter Robert Nozick. In his book Anarchy, State, and Utopia a grand argument is put forth that limited government, property rights [the rule of law] with free people in a market based economy is very likely utopia. Please keep this point in mind for a moment. (9)

Specifically, the collectivist debating point of perfect vs. real purposely paints the chasm between the supposed perfect world and the real world as Gotham: a dark, “unfair”, “unequal” world. Its an argument of depression to the audience, that one should be depressed that perfect is not achieved.

Returning to the consolidated-compact summation [above] and Sowell and Nozick’s proposition, one unfortunately finds the evidence over the last five decades is that intervention-distortion advocated by collectivists merely creates an environment that magnifies serially uncorrelated errors -or- more succinctly dystopia. In other words, the grand notional experiment of The Great Society, for example, has fallen flat on its collectivist face resulting in differing shades of dystopia. The grand experiment may well have proven Robert Nozick’s theory.

(1) mental depression or apathy caused by comparison of the actual state of the world with an ideal state,

(1) The Fatal Conceit: The Errors of Socialism. F.A. Hayek.

(3) A Conflict of Visions, Thomas Sowell.

(4) The Visions of the Anointed, Thomas Sowell.