Revisiting William Graham Sumner from 1883: A Society That Refuses a Class Structure Must Be a Society With No Special Class Rights 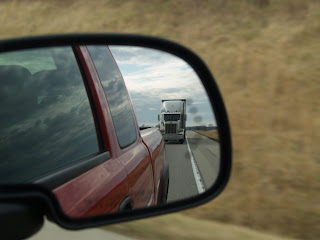 “If we refuse to recognize any classes as existing in society when, perhaps, a claim might be set up that the wealthy, educated, and virtuous have acquired special rights and precedence, we certainly cannot recognize any classes when it is attempted to establish such distinctions for the sake of imposing burdens and duties on one group for the benefit of others.”

“If words like wise and foolish, thrifty and extravagant, prudent and negligent, have any meaning in language, then it must make some difference how people behave in this world, and the difference will appear in the position they acquire in the body of society, and in relation to the chances of life. They may, then, be classified in reference to these facts.”

“The class distinctions simply result from the different degrees of success with which men have availed themselves of the chances which were presented to them. Instead of endeavoring to redistribute the acquisitions which have been made between the existing classes, our aim should be to increase, multiply, and extend the chances.”

“Such expansion is no guarantee of equality. On the contrary, if there be liberty, some will profit by the chances eagerly and some will neglect them altogether. Therefore, the greater the chances the more unequal will be the fortune of these two sets of men. So it ought to be, in all justice and right reason. The yearning after equality is the offspring of envy and covetousness, and there is no possible plan for satisfying that yearning which can do aught else than rob A to give to B; consequently all such plans nourish some of the meanest vices of human nature, waste capital, and overthrow civilization. But if we can expand the chances we can count on a general and steady growth of civilization and advancement of society by and through its best members. In the prosecution of these chances we all owe to each other good-will, mutual respect, and mutual guarantees of liberty and security. Beyond this nothing can be affirmed as a duty of one group to another in a free state.” (1)