ObamaCare and the Supreme Court: What’s Are The Arguments and Briefs Filed? 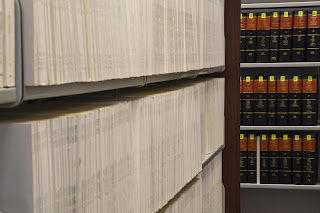 ‘In the last week, the main parties in the health reform lawsuit began filing their opening briefs. Advocacy, consumer and trade groups – including AHIP, America's Health Insurance Plans – weighed in by filing amicus briefs as well.

Oral arguments are scheduled for five and a half hours over three days: March 26-28. The Court will hear arguments about four different issues:


HealthReform GPS has posted a detailed backgrounder on the constitutional issues before the Court and how the lower courts have ruled.

Response petitions, reply briefs and arguments will continue to be filed according to a series of deadlines that extend from now until March 7. These are among the briefs that have been filed with the Court so far:


Meantime, Supreme Court Chief Justice John Roberts defended the Court's ethical standards and Justices Clarence Thomas and Elena Kagan, who continue to be under pressure by some to recuse themselves from the health reform law challenge. "I have complete confidence in the capability of my colleagues to determine when recusal is warranted," Chief Justice Roberts wrote. "They are jurists of exceptional integrity and experience whose character and fitness have been examined through a rigorous appointment and confirmation process." ‘ - Humana, Humana Connections, 01/12/2012

Labels: Arguments and Briefs related to ObamaCare, constitutionality of the individual mandate, ObamaCare, ObamaCare and the Supreme Court, state rights