The Free Lunch Phenomena and Election-eering 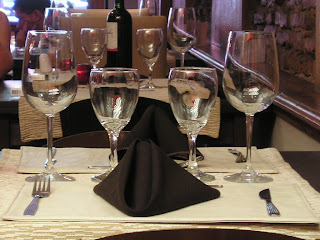 'The economist does, normally, attribute precise meaning to the terms "more" and "less." Moreover, if a similar model of rational behavior is extended to the collective-choice process, we are able to derive propositions about individual behavior that are parallel to those contained in economic theory. If the hypotheses are valid, the representative individual should, when confronted with relevant alternatives, choose more "public goods" when the "price" of these is lowered, other relevant things remaining the same. In more familiar terms, this states that on the average the individual will vote for "more" collective activity when the taxes he must pay are reduced, other things being equal. On the contrary, if the tax rate is increased, the individual will, if allowed to choose, select a lower level of collective activity. In a parallel way, income-demand propositions can be derived. If the income of the individual goes up and his tax bill does not, he will tend to choose to have more "public goods." '- James M. Buchanan and Gordon Tullock, The Calculus of Consent: Logical Foundations of Constitutional Democracy, 1958

In a nice compact and succinct fashion Buchanan and Tullock have added grand insight to when people are more adverse or less adverse to additional “public goods”. But what if the politico or special interests through politico enablers, given short term political time horizons of the politico [next election] frame something for nothing through debt?

For instance, taxes are neither reduced nor increased, and income is constant, yet the demand for “public goods” is increased through the use of debt. Hence the politico is able to exercise political constituency building through taxpayer debt rather than taxpayer dollars. It’s the proverbial free lunch.

Therefore, the politico, faced with the accumulation of free lunches [looming debt accumulation and debt service costs] needs to raise taxes to keep past promises and more future promises flowing. However, we know from Buchanan and Tullock that “… if the tax rate is increased, the individual will, if allowed to choose, select a lower level of collective activity.”

Hence the politico attempts to deflect austerity [reduced public goods] by reframing the spending as “needed, necessary, and required“. That current spending levels, debt service costs included, are needed, necessary, and required or else massive pain and suffering will occur, bridges will crumble, pot holes everywhere, police and fire may not have sufficient safety service resources, children will not be educated, and so the argument goes. In reality, the spending has nothing to do with pain and suffering other than the pain and suffering the politico experiences if not reelected. That in essence the underlying argument is to keep the flow of spending at a level to preserve dependent political constituency and hence achieve reelection.