And About Those Vehicle Sales Trends 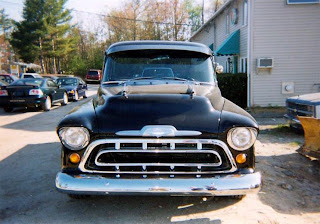 Current public policy, also known as notional visions of elites through their particular politico enablers, is that auto makers should create small vehicles with greater gas mileage. In other words, the paramount purchasing criteria for consumers should be gas mileage regardless of consumer preference. However, the revealed preference of consumers is pickups, vans, and SUV’s. Go figure!

Hence those third parties, your betters, those with the elite-knowing vision who know exact what is best for you are going to be very disappointed.

Meanwhile, back on the sub-compact gas mileage frontier, a small-claims court is about to hear a case regarding a hybrid buyer’s complaint that gas mileage is not as advertised:

“She alleged that Honda misrepresented the $25,400 car because it initially got 20% less than the 49 miles per gallon in the city and 51 mpg on the highway promoted on its window sticker and in promotional materials. She says the mileage worsened as the battery deteriorated — and a software update only exacerbated the problem. She sought compensation for her lost gas mileage, the premium she paid for a hybrid and diminished resale value.” (2)


One may find Honda’s counter to the allegation of interest. Honda merely is taking the wonderful government regulations that always accompany the notional visions of elites through their particular politico enablers, and stating:

“A Honda representative, however, countered in court that Honda followed government rules regarding gas mileage and that the automaker clearly states that fuel economy will vary depending on how owners drive the car.

"We have no choice," said Neil Schmidt, a technical specialist for American Honda, who brought in a blown-up copy of the car's window sticker. "We have to put these numbers on the label." He noted the small type on the label, which gave a listing of 41 to 57 miles on average, saying, "This is more toward the real world." He said the software update was aimed at extending the life of the battery and should not have affected gas mileage.”(3)