“Fair Share”: another name for politico constituency building through the use of other peoples‘ money. 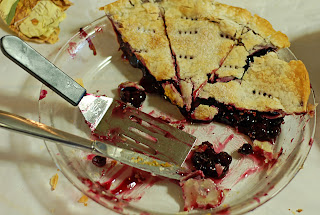 “Fair share” or a version thereof has been used many times by politicos over the years. Two components exist: fair and share.
“Fair” has very little meaning other than what one wants it to mean in a particular context. Generally, given a context of political debate, where fair is very often used, fair is said to mean: what you are doing or advocating and what someone else is not doing or advocating. That is, “fair” is how one paints the world vs. other portraits available that conflict with one’s own painting of the world.

Examining the politico’s use of "share", within the phrase fair share, means something exists that needs divided. Now comes the introduction of an implicit underlying assumption of zero sum thinking. That is, the desire of the politico is to politically frame the talking point that one party is gaining at the expense of another party. Hence the real underlying manufactured argument is that  party B deserves additional gains from party A based upon "something" existing in the abstract that somehow was divided improperly.

Therefore, "fair" and "share", are combined into an argument ultimately of: "advocating deserve". The politico advocates deserve by selling zero sum thinking by framing the argument as one party can only gain from the loss of another party regarding some abstract something that was divided somehow improperly. Hence the loss requires restoration, additional gains, or “deserves”.

If an exchange between two parties is voluntary, it will not take place unless both believe they will benefit from it. Most economic fallacies derive from the neglect of this simple insight, from the tendency to assume that there is a fixed pie, that one party can only gain at the expense of another. - Milton Friedman

Regardless of the economics of exchange, the politico presses on by further framing parties to exchange as now being classes to exchange (parties suddenly, notionally and purposely become classes). The politico frames exchange as not occurring between “parties” rather occurring between distinct “classes” with particular assigned attributes with attributes either trumpeted or vilified as the debate point unfolds. It remains the zero sum argument, side stepping mutual exchange reality, however goes one step further and frames parties as good vs. bad classes and classes butting heads resulting in zero sums.

The final stage of the political argument is to substitute “shirk” for “deserve”. The politico purposely puts forth the fallacy that one class is gaining at the expense of another class as being a stone cold fact, and in order for the losing class to made whole, a shirking partner needs introduced. The shirking partner is politicos through the mechanism of government who will redistribute the abstract something that was somehow divided improperly. The power to act as the shirking partner (a partner who takes part of the value and provides none of the effort) through the imposition of a cost [tax] then allows the politicos through the mechanism of government to build a dependent political constituency class through redistribution of the value extracted.