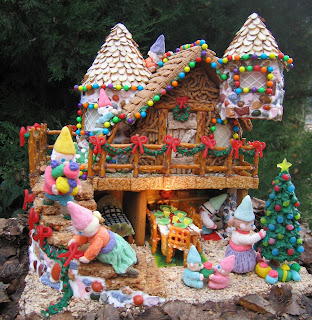 There are two distinct camps of thought regarding the US housing bubble: (a) the government induced bubble caused by decades of housing market intervention augmented by a cheap money bubble created by the Federal Reserve 2002-2004,  (b) greedy bankers. Regardless of which school of thought one subscribes to the US housing bubble resulted in a mortgage foreclosures crisis, resulting in an economic down turn, resulting in millions of lost jobs and consequentially millions of discouraged workers, with a lingering result of lost wealth in housing values.


Setting aside for a moment which school of thought one might subscribe to, congress set out to mitigate the effects of the now burst bubble and associated cascading consequences by introducing legislation known as the Housing and Economic Recovery Act (HERA). Within this particular legislation was a sub component known as the Neighborhood Stabilization Program (NSP).


“….framing neighborhood stabilization as an emergency relief program posed special challenges for recipients. Despite its tight deadlines, NSP1 was also characterized by complex rules and policies, and for indirect recipients, an additional layer of bureaucracy that stymied quick progress. In addition, the pressure to obligate funds quickly seems to have forced recipients to choose the most efficient strategies from the five eligible uses and to change plans midprogram. As one local government official remarked during our visit, “We have been so focused on following the NSP1 grant rules and getting the program up and running that your visit was the first time we have thought about the broader context of stabilization”. (1)


In the report are cited five case studies, two in Ohio, one each in South Carolina, Virginia and Pennsylvania. From the report and the report’s conclusion one can easily see that the participants of the five case studies suffered from the standard deficiencies associated with federal bureaucratic top-down central planning and extremely complicated and time delaying regulations.


What was not part of the Federal Reserve of Richmond’s report is a report entitled Chronology: Neighborhood Stabilization Program, The Modesto Bee, 01/03/2012. One should take a moment and go to the link below and read the report. It’s a charming tale of general conflicts of interest, city councilmen and conflict-of-interest-rules, non-profits with individuals compensated in excess of $400,000, family members of the participants living in taxpayer renovated structures, exorbitant spending and extravagant purchases, shoddy workmanship, "egregious deficiencies", city bureaucrat resignations, the FBI, and HUD's Office of Inspector General. You’ll laugh, you’ll cry, you’ll kiss your tax dollars goodbye.