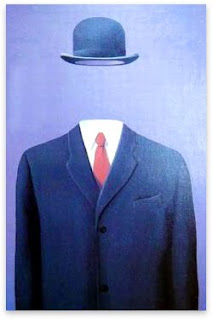 William Graham Sumner was a famous nineteenth century economist and sociologist. (1) Sumner wrote the essay The Forgotten Man in 1883. The essay was widely read and widely quoted in the late 1800's. That is to say, the essay was quite famous. Even today the essay is widely read by economists and even managed to be the main title of Amity Shlaes recent book The Forgotten Man, A New History of the Great Depression. (2)

What Was the Essence of Sumner's Essay?

Probably one of the better and simpler explanations is:

As soon as A observes something which seems to him to be wrong, from which X is suffering, A talks it over with B, and A and B then propose to get a law passed to remedy the evil and help X. Their law always proposes to determine what C shall do for X or, in the better case, what A, B and C shall do for X… What I want to do is to look up C… I call him the Forgotten Man… He is the man who never is thought of. He is the victim of the reformer, social speculator, and philanthropist, and I hope to show you before I get through that he deserves your notice both for his character and for the many burdens which are laid upon him. - Henry Hazlitt (3)


Here is an alternate explanation update for the 21st century:
As soon as A observes something which seems to him to be wrong, from which X is suffering, A talks it over with B, and A and B then propose to get a law passed – with the praise of Y – to remedy the evil and help X. Their law always proposes to determine what C shall do for X or, in the better case, what A, B and C shall do for X. As for A and B, who get a law to make themselves do for X what they are willing to do for him, we have nothing to say except that they might better have done it without any law, but C is forced to comply with the new law. All this is done while Y looks on with glee and proclaims that A and B are so good for helping poor X.
A is the politician
B is the humanitarian, special interest, do-gooder, reformer, social speculator, etc.
C is The Forgotten Man (i.e. you, me, us)
X is the downtrodden, the oppressed, the little guy, the misunderstood, etc.
Y is the Mainstream Media (4)

Better yet, read Sumner's essay for yourself [link below]:


What About Sumner's Formula in a "both sides of the table" environment?


What is the "both sides of the table" phenomena?

(2) public sector unions have found that they can collect dues through members and funnel dues into political action funds. They then fund the campaigns of politicos that promise them [public sector unions] more compensation. They not only fund certain politicos but actively encourage their union members to campaign for the politico. Once they get their particular candidate elected they have now secured a politico who over sees bureaucrat Q. (5)

Going back to Sumner's formula and identifying the participants we find: The Forgotten Man is you (C). The politico is (A). However, due to the "both sides of the table" phenomena which occurs in collective bargaining by public sector unions, (B) and (X) become the same. That is, the supposed disadvantaged group is also the social reformer. (6)

The formula has morphed! Sumner identified (B) and (X) as two separate entities. However, in public sector unionized collective bargaining environment, through the "both side of the table" phenomena, (B) and (X) become one in the same. This does not negate Sumner's proposition, rather it takes Sumner's proposition to another level.

Disassociation
Since (B) and (X) have become one in the same i.e. (BX), the political-economy is for (BX) to disassociate the sub components (B) and (X) or else (C) might catch on to their duel role as disadvantaged/social reformer [the original formula which was stacked against (C) in the first place, has now become a stacked deck of cards in which (C) always and forever becomes the consequential, quintessential, and constant loser].
Hence BX's strategy is to show (C) that it is merely a suffering group (X) and consequentially a disadvantaged group seeking relief.

Its the non-disadvantaged acting the part of the disadvantaged and perpetually enhancing their very own position through their duel role as the social reformer. Its the formula, stupid!


Update: "Public Unions: The Rise of Arithmetic and How Taxpayers and the Little Guy Are Left Behind" - Mark Perry:
http://mjperry.blogspot.com/2011/03/rise-of-arithmetic-is-politically.html

(3) Economics in One Lesson by Henry Hazlitt