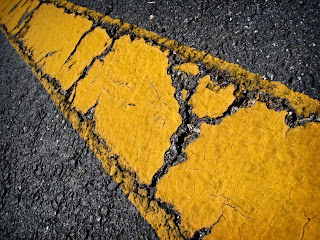 Centrist- n. One who takes a position in the political center. That is the technical definition of a Centrist. One who takes a political position in the center? What is the center? A Centrist is an independent and someone who does not hold themselves to the party politics of the right or left. Being a Centrist allows you to have your politics a la carte, to have the freedom of political thought. A Centrist can support some liberal principles and some conservative principles while having the freedom to disagree with both. A Centrist cares about finding the right workable solution to a problem regardless of whose idea it is or whether it is from the right or the left or from anywhere else. (1)

The Centrist as a Politico

The "centrist" concept is generally offered as a rather simple politico proposition: black and white become gray in the middle. The south and north pole are marked by a mid-point known as the equator. The opposing goal lines of an American football field are marked by a midpoint of the fifty yard line.

The political concept of the centrist is that he/she makes their home in the center yet visits both ends of the political spectrum and all points in between. Akin to a drive down route 66. They visit restaurants, see landmarks, laugh at billboards and return home with the best-of-the-best of their particular route 66 journey.

The "centrist" concept has been long defined in political terms. Politicos of the left and right have defined the centrist in political terms and the centrist has consequently identified themselves in terms set forth by the opposing ends of the political spectrum. Its rather odd how the unaffiliated, the centrist, have adopted their label from exogenous entities. That is, they are not self described, they are externally described and accept the external label. That the opposing political poles, the north and south pole if you will, have designated the equator. That those living at the equator merely accept they are living at the equator (see Wig party definition above).

Which begs the question: why do those supposedly living at the equator not indeed look outward and designate what constitutes the north and south poles? Why do they allow themselves to be exogenously designated rather than designating themselves and others for that matter?

One might well say that the "centrist" is really a creation of politicos from the left and right and not a spontaneous political group that grew popular and self designated themselves "centrist".

Is Economic Man/Woman a Centrist?

We need to go back to the cruise down route 66. You see, the "centrist", as defined by politicos, merely searches the political spectrum for the best of all "political"worlds. Maybe, maybe not. Besides, what about the economics of the particular politics they encounter?

The centrist must then ask himself/herself: if he is a supposed centrist politico,  is he then the centrist economic man?

Once economic man (woman) returns from their journey down US 1 they find two distinct poles exist in economics: centrally planned collectivism vs. individual freedom and free markets.

You see, "centrist" is basically a creation of, by, and for politicos and the implicit assumption is that centrist economic man exists inside of/along side of centrist political man.

For instance, we are going to collectively farm yet market the farm's yield in the free market? The collective is going to unionize every position yet have workers compete for jobs in a distorted labor market? Collectively central planned output is processed and you are merely left with the freedom to examine your hierarchy of unfulfilled needs? Collectively abandoned is the price system in favor of price fixing and you consequently have the freedom to choose among rationed goods?

The above propositions are absurd. Yet the absurdity is implicit in the political notion put forth of the existence of centrist economic man (woman) being the same as centrist politico.

The "Centrist" Doesn't Exist in Political-Economy

The Politico Concept of "Centrist"

How can "centrist" exist even as a concept by, for, and of politicos? -Or- is "centrist" merely a contrived notional concept really meaning: undetermined electorate segment that can be swayed by notional political  propositions. That is, no center exists for politicos, only a vast sea of unaffiliated who need convinced to affiliate with particular politico notional propositions. That the supposed equator of a political center is in fact a non-existent equator, merely a political line that needs moved notionally by the particular politico in their particular notional direction.