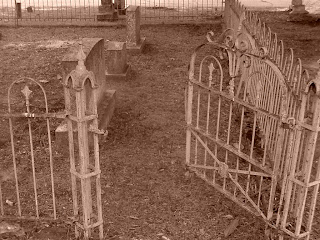 When the grim reaper finally comes to visit, he now has some competition in the form of a rent seeker known as hospice. No! No way! Way!

Yes, the visit from the grim reaper is a dollar sign signal for certain entities. Yes, that benevolent bunch from hospice wants you to use more of their services! Matter-of-fact they want you to be required to use their service! Believe it or not that group of self appointed spiritual beings, angels as they were, are now allies with the grim reaper. Ah, the evil of it all!

Below is a link to a New York Post article by Betsy McCaughey entitled Stop Telling Us Where to Die. You should take five minutes and read the article as rent seeking has gone to a new and astounding level. A zenith as it were. Excerpt as follows:


Hospice care isn't only a beneficial service for dying patients. It's also a $4.5 billion industry flexing its muscle in state capitals -- including Albany, where a state senator faces federal charges for taking hospice-industry bribes.


Since coming to America from Europe in 1974, the hospice movement has boomed -- and changed. Today, nearly half of US hospice agencies are for-profit -- and an astounding 42 percent of Americans who died last year were in hospice.

Despite this growth, the industry is pushing for laws that would lead to more patients using hospice care and for longer periods.


A New York law, enacted last August and in effect since February, compels doctors to offer information on hospice and other end-of-life options to every patient diagnosed with a fatal illness. Physicians who fail to offer the information risk fines of $2,000 for the first offense, $5,000 thereafter and up to a year in jail.

The Medical Society of the State of New York opposed the law, and many doctors are furious about it.


But on Monday, a state-appointed "Massachusetts Expert Panel on End-of-Life Care" proposed that the Bay State consider copying the New York law.

Helping terminally ill patients know their options is a best practice -- but the government shouldn't be dictating what is discussed between doctor and patient, especially not at the behest of an industry.

http://www.nypost.com/p/news/opinion/opedcolumnists/stop_telling_us_where_to_die_CwyJwzRLHuo7G7PCCIucwO
Posted by W.E. Heasley at 11:00 AM