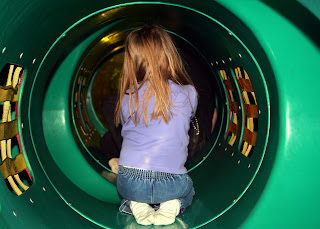 Obama's socio-economic policy aka Obamanomics seems familiar? Just can't place the exact time and place? Try this one on for size.

In 1887 Edward Bellamy wrote his fictional utopian novel Looking Backwards from 2000 to 1887. The book was a best seller. (4) Now see the following excerpt from Milton and Rose Friedman's book Free to Choose:


'The members of FDR’s brain trust were drawn mainly from the universities—in particular, Columbia University. They reflected the change that had occurred earlier in the intellectual atmosphere on the campuses—from belief in individual responsibility, laissez- faire, and a decentralized and limited government to belief in social responsibility and a centralized and powerful government.


It was the function of government, they believed, to protect individuals from the vicissitudes of fortune and to control the operation of the economy in the “general interest,” even if that involved government ownership and operation of the means of production.


Cradle to Grave. These two strands were already present in a famous novel published in 1887, Looking Backward by Edward Bellamy, a utopian fantasy in which a Rip Van Winkle character who goes to sleep in the year 1887 awakens in the year 2000 to discover a changed world. “Looking backward,” his new companions explain to him how the utopia that astonishes him emerged in the 1930s—a prophetic date—from the hell of the I880s. That utopia involved the promise of security “from cradle to grave”—the first use of that phrase we have come across—as well as detailed government planning, including compulsory national service by all persons over an extended period.’ Coming from this intellectual atmosphere, Roosevelt’s advisers were all too ready to view the depression as a failure of capitalism and to believe that active intervention by government—and especially central government was the appropriate remedy. Benevolent public servants, disinterested experts, should assume the power that narrow-minded, selfish “economic royalists” had ‘ abused. In the words of Roosevelt s first inaugural address, “The moneychangers have fled from the high seats in the temple of our civilization.” In designing programs for Roosevelt to adopt, they could draw not only on the campus, but on the earlier experience of Bismarck's Germany, Fabian England, and middle-way Sweden."


The New Deal, as it emerged during the 1930s, clearly reflected these views. It included programs designed to reform the basic structure of the economy. Some of these had to be abandoned when they were declared unconstitutional by the Supreme Court, notably the NRA (National Recovery Administration) and the AAA (Agricultural Adjustment Administration). Others are still with us, notably the Securities and Exchange Commission, the Na- tional Labor Relations Board, nationwide minimum wages.


The New Deal also included programs intended to be strictly temporary, designed to deal with the emergency situation created by the Great Depression. Some of the temporary programs became permanent, as is the way with government programs.


The most important temporary programs included “make work” projects under the Works Progress Administration, the use of unemployed youth to improve the national parks and forests under the Civilian Conservation Corps, and direct federal relief to the indigent. At the time, these programs served a useful function. There was distress on a vast scale; it was important to do something about that distress promptly, both to assist the people in distress and to restore hope and confidence to the public. These programs were hastily contrived, and no doubt were imperfect and wasteful, but that was understandable and unavoidable under the circumstances. The Roosevelt administration achieved a considerable measure of success in relieving immediate distress and re- storing confidence.


World War II interrupted the New Deal, while at the same time strengthening greatly its foundations. The war brought massive government budgets and unprecedented control by government over the details of economic life: fixing of prices and wages by edict, rationing of consumer goods, prohibition of the production of some civilian goods, allocation of raw materials and finished products, control of imports and exports.


The elimination of unemployment, the vast production of war materiel that made the United States the “arsenal of democracy,” and unconditional victory over Germany and Japan—all these were widely interpreted as demonstrating the capacity of government to run the economic system more effectively than “unplanned capitalism.” One of the first pieces of major legislation enacted after the war was the Employment Act of 1946, which expressed government’s responsibility for maintaining “maximum employment, production and purchasing power” and, in effect, enacted Keynesian policies into law.' (5)

Obama socio-economic policy is no more than a replay of a golden oldie. Somewhere between FDR policies and Edward Bellamy's utopia.

One point that never receives any press time is that in 1516 Sir Thomas More named his ideal social system “Utopia,” which is Greek for “no place”.  (6)

(5) Free to Choose A Personal Statement, Chapter Three, The Anatomy of a Crisis