So you want to defund a government program? 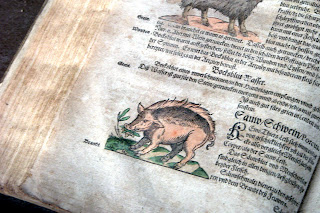 Family Planning is a government program that is being debated by politicos regarding de-funding and elimination. One must remember that most government programs are built by and for politicos in order to further their political constituency building efforts. That once the wonderful and supposedly well meaning program comes into existence, eliminating such a program becomes next to impossible.

The White Queen and imaging six impossible things before breakfast

Family Planning elimination is of course framed as “draconian”. Those that require the continuance of any and all government plans immediately go to the chicken little axiom that the “sky is falling”. Those that rely on good intentions rather than results, those that support particular politicos, and those that find similar dependent constituency as kindred brothers (buyers, purchasers, readers, etc. of associated products/services) must continue the political constituency building effort. A prime example is a recent New York Times editorial entitled It Will Take More Than a Few Regrets:

‘Sightings are reported of that rarest of Washington species — Republican moderates. If only.

The Republicans in question are Senators Scott Brown of Massachusetts, Olympia Snowe and Susan Collins of Maine, and Lisa Murkowski of Alaska. The four voted in lockstep with the rest of their caucus in support of the House Republicans’ ludicrous and destructive budget-slashing bill. But then they put out word that they did not much like it that the bill had eliminated one popular and valuable government program: funds for family planning.’

‘ The real test will come soon. Will they reject their leadership’s calls for drastic cuts and draconian balanced-budget amendments so that the government can continue to operate? True moderates do not shut the government’s doors for the sake of ideology or cynical political gain’. (1)


One should take note that the particular editorial is totally notional. Its not a fact based editorial, its merely a notion based on the way things ought to be and consequently painting the world in one’s own self image. Very nice!


On no! A fact based question!

However, an excellent fact based question has been raised by Dr. Don Boudreaux of George Mason University regarding the basic question of funding such a program in the first place. Politics aside, Boudreaux poses the question: “And Which Part of Article I, Section 8 Authorizes Such Expenditures?” (2)

Ah ha! So you want the exact part that authorizes such expenditures?!? That can easily be found:

(1) please see made-up section entitled “We need to help you”,

(3) scroll down to paragraph (b): As soon as A observes something which seems to him to be wrong, from which X is suffering, A talks it over with B, and A and B then propose to get a law passed to remedy the evil and help X.

(4) paragraph (b) then requires immediate reference to sub-section U812 which specifies: always determine what C shall do for X or, in the better case, what A, B and C shall do for X.

(5) section 5 then specifies that C be sent the bill.


Note: several times over the years this specific made-up section entitled “We need to help you” has been challenged in the Court of Supreme Special Knowledge. It has been determined that if X is stupid, C is even stupider for paying the bill.

Note 2: in the most recent challenge in the Court of Supreme Special Knowledge, C has come forth and decided not to pay (Enlightenment vs. Schumer, 2011). The ruling was immediate and decisive. You see, C is merely an “extremist” for not wanting to pay for the supreme imaginary rule: “We need to help you”. The ruling found its basis in tax. That is, tax money is not the tax payers its merely “Schumer Bucks“. That in fact it should be self evident that any challenge to tax and spend -or- spend then tax is heresy as it is counter to the axiom “You don’t know what is good for you but we do”.