Distribution of Income and the Transfer Agent 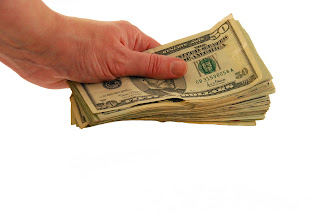 Distribution of income statistics and statistics in general can be manipulated to make particular arguments the particular presenter wants to represent. That said, a point made many times by Thomas Sowell is that the numbers shown in many, many presentations of distribution of income statistics are not “net”. That is, subtract taxes from the producer class and add back entitlements and transfer payments to recipient classes and you find the numbers flatten.

Consider a third path. Take the numbers, before netting out taxes and adding back transfer payments/entitlements, and create a third category known as state or government. Please see the following:


(3)    show the true recipient of the transfer/entitlement tax as the transfer agent [state],


(5)    Now we have X and Y in the same position yet Q and P are in lesser positions as less income remains to transfer.


Upon further review, those that advocate class warfare to facilitate the redistribution of income based upon social justice purposely leave out the conduit of the entire process they champion. In this case the middle-man is not a market maker with special knowledge to facilitate markets; the middle man is purely a transfer agent facilitating nothing other than a pure transfer. Stated alternatively, in this particular case a subtraction of value rather than the addition of value [facilitating markets with information] are the product of the middle man.

In the classic case of the economically uninformed “do-gooder”, referred to many times by Milton Friedman, the do-gooder advocates a program yet fails to follow through on the cascading unintended consequences that spider across an economy.