Supercommittee -or- how politicos cause the taxpayer to foot their bill 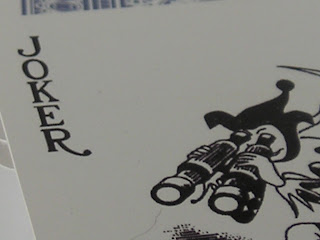 The technical name for the Supercommittee is The Joint Select Committee on Deficit Reduction. The committee is made up of six democrats and six republicans of which six are from the Senate and six from The House of Representatives. Their charge is to reduce the deficit by one and one half trillion dollars over a ten year period. The dead line for their recommendation is November 23, 2011. Their recommendation then goes before Congress for a simple up or down vote that must occur before December 23, 2011.


The debate leading up to and surrounding the recommendation, in the main, is a debate of raising taxes, reducing spending or a combination of both. One item worth noting is a particular and long standing debate point used by particular politicos that promote raising taxes. The particular debate point is: the Reagan Administration caused deficits by reducing taxes.


Then how do particular politicos construct their argument that the Reagan tax cuts left us with a deficit? That tax cuts cause a deficit? It’s merely a fallacious debate point that does not account for “spending” during the same eight years. The debate point is carefully constructed to avoid the increasing tax receipts fact and concentrates/focuses on the actual deficit which occurred. Simultaneously the debate point carefully avoids the enormous spending increases that occurred during the exact same period. Hence the debate point links deficit with tax when in fact the link is fallacious given rising revenue after the tax cut. That the link between spending and deficit is purposely removed from the debate point.


The Reagan Administration did not make appropriations for spending, congress appropriates spending. Hence the spending outpaced the tax receipts and hence a deficit. Ops!


What is the reasoning behind making such a fallacious debate point when the evidence shows otherwise? One must examine that particular politicos depend upon taxpayer dollars to bestow such dollars upon current politically constructed constituency groups and to fund future political constituency building exercises through the use of taxpayer dollars. That is to say, in order for the politico to build a growing constituency base the politico is dependent upon growing expenditures to conserve and expand the constituency base. Stated alternatively, the politico is much like the going concern business in that growth in revenue is a basic goal. However, unlike a firm producing a valuable product that consumers voluntarily purchase, the politico merely transfers money from the aggregate taxpayer to specific special interest groups and/or recipient classes that make up the politico’s constituency base constructed by the use of tax dollars.


Hence the argument from the politico’s point of view must be directed away from spending cuts. That the debate must concentrate on conserving and expanding spending in order to conserve and expand constituency and constituency building exercises.