Moving Your Clock Back One Hour to “Railroad Time” 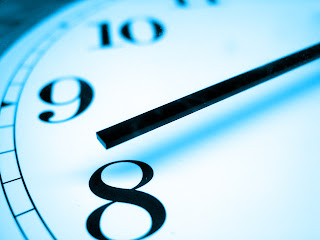 “People in the continental United States have become so accustomed to four standardized time zones–Eastern, Central, Mountain, and Pacific–that it’s hard to believe that we ever kept time any other way. But until a crucial date in 1883, what time it was depended on the nearest city or town. The time of day was a purely local matter as determined by the position of the sun. Noon was when the sun was at its highest point in the sky. Local people set their timepieces by some well-known clock in their respective communities, such as one on a prominent church steeple or in a jeweler’s window”.


“Two men in particular are credited with “inventing” standard time and the time zones that define it. Professor C. F. Dowd, principal of Temple Grove Seminary for Young Ladies at Saratoga Springs, New York, first suggested the general concept of four or more “time belts.” Later, William Frederick Allen, a railroad engineer, adapted and improved it and won acceptance for it by a crucial panel.


In 1872 railroad officials from around the country met in Missouri to arrange summer passenger schedules. To address the time problem they formed the General Time Convention. Allen was named secretary and immediately set to work on making Dowd’s idea into a detailed proposal. In October 1883 the Convention approved Allen’s plan. Government was not part of the picture at all; the Dowd-Allen solution to establish standardized time zones was conceived and fine-tuned to fruition entirely by the ingenuity of private citizens. The Convention chose November 18, 1883, for adoption of the new system by virtually every railroad in the country. “Railroad time” quickly became the new “local time” everywhere–or at least almost everywhere”.  - The Freeman, Lawrence Reed, It Wasn’t Government that Fixed Your Clock, How Two Private Citizens Developed Standard Time, August 2002

To read the entire essay please use the link directly below:

http://www.thefreemanonline.org/columns/it-wasnt-government-that-fixed-your-clock/
Posted by W.E. Heasley at 7:06 AM