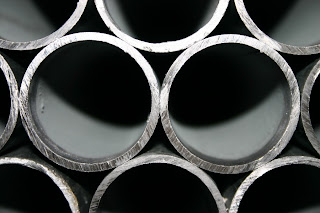 This week Mr. Obama put off a decision on the Keystone pipeline until after the 11/2012 presidential election. That somehow, some way unresolved environmental items existed.

‘Obama said in a statement that he supports delaying a decision.

“Because this permit decision could affect the health and safety of the American people as well as the environment, and because a number of concerns have been raised through a public process, we should take the time to ensure that all questions are properly addressed and all the potential impacts are properly understood,” Obama said.

“The final decision should be guided by an open, transparent process that is informed by the best available science and the voices of the American people. At the same time, my administration will build on the unprecedented progress we’ve made towards strengthening our nation’s energy security, from responsibly expanding domestic oil and gas production to nearly doubling the fuel efficiency of our cars and trucks, to continued progress in the development of a clean energy economy."‘ (1)


(1) crony capitalism, in and of itself , is affected by market forces,


(1a) one market force is: although economic rent seekers want to insulate themselves from markets, competition, and actual profitable productive endeavors, that in fact crony capitalist compete among themselves for taxpayer dollars e.g. wind vs. solar, solar vs. bio-fuels, wind vs. ethanol, and so on.


(1b) a second market force phenomena is the unsubsidized entities or minor subsidized entities [in this particular case coal, natural gas, and oil] are constantly butting up against the wall of insulation crony capitalists crave/enjoy. (2) (3)


Did the crony capitalist competitors of wind, solar, ethanol and bio-fuels come together to oppose Keystone to protect their greater crony market (regardless of internal crony competition for tax dollars)?


Now put this proposition into action. If Keystone was approved you have twenty-some thousand well paying jobs immediately created with say one hundred thousand spin off jobs created in increments over time [some estimates of job creation are higher]. The energy market becomes more competitive as less costly oil can be delivered to refineries. Hence we have a no or low subsidy item creating actual profitable production and intensifying competition. The entire phenomena of Keystone puts pressure on the highly subsidized, non-productive endeavors of wind, solar, bio-fuels, and ethanol. In the main, Keystone is about competition.


The other item is the actual long term private sector jobs created by Keystone for all to see vs. the declining employment, bankruptcies, etc. of the subsidized wind, solar, bio-fuel, and ethanol propositions.


Therefore Keystone’s delay may not be about environmentalism,  it may be about crony capitalism. By politicos through the mechanism of government distorting markets, benefits accrue to the crony capitalist. Stated alternatively , limiting competition rewards the purposely built crony capitalism constituency base of the politico.

Note: its long been lamented that the Department of Energy (DOE) in conjunction with the Environmental Protection Agency (EPA) have never come up with a low cost energy plan. That is, after decades and decades where is the “energy plan”? One might ponder that the lack of an energy plan may if fact be purposeful. That no plan exists as the DOE and EPA are merely conduits, pipelines if you will, for crony capitalism within the energy sector.