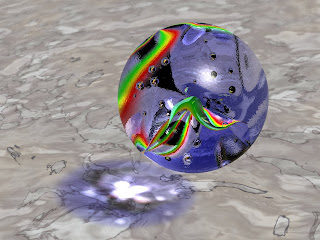 ‘Testifying under oath on a widening controversy, Chu said he was unaware of his staff predictions in 2009 that Solyndra was likely to face severe cash-flow problems. He said that market changes which led to a steep decline in the price of solar panels were "totally unexpected." ‘


‘Solyndra went belly-up after getting the $528 million loan from the government and Chu told the House Energy and Commerce Committee that he made all decisions involving the loan to the solar-panel manufacturer. He said he made all judgments regarding Solyndra with the best interests of the taxpayer in mind’.


‘"I want to be clear: Over the course of Solyndra's loan guarantee, I did not make any decision based on political considerations," Chu said. He was facing sharp questions in the biggest showdown so far in the energy panel's nine-month investigation of Solyndra’.


‘Chu said his decision to approve the loan was based on the analysis of experienced professionals and on the strength of the information they had available to them at the time.


"The Solyndra transaction went through more than two years of rigorous technical, financial and legal due diligence, spanning two administrations, before a loan guarantee was issued," he said. "Based on thorough internal and external analysis of both the market and the technology, and extensive review of information provided by Solyndra and others, the (Energy) Department concluded that Solyndra was poised to compete in the marketplace and had a good prospect of repaying the government's loan."’


‘Although both options involved significant uncertainty, Chu said he made the judgment that restructuring was the better option to recover the maximum amount of the government's loan. The decision also meant continued employment for the company's approximately 1,100 workers, he said.


Chu said it was worth noting that U.S. taxpayers remain first in line for repayment of the initial loan and noted that private groups invested nearly $1 billion in the company.


Solyndra faced another crisis in August, Chu said. This time, after consulting with outside analysts, he decided that the U.S. should not provide additional support to Solyndra. Days later, the company filed for bankruptcy.


While disappointed, Chu said the U.S. should continue to support clean energy.


"When it comes to the clean energy race, America faces a simple choice: compete or accept defeat. I believe we can and must compete," he said.


Solyndra was the first renewable-energy company to receive a loan guarantee under the 2009 stimulus law, and the Obama administration frequently touted the company as a model for its clean energy program. Chu attended a 2009 groundbreaking when the loan was announced, and President Barack Obama visited the company's Fremont, Calif., headquarters last year’. (1)


Regarding the above testimony of Mr. Chu in front of the House Energy and Commerce Committee, one needs to take special note of the following references: no political considerations involved, sudden market changes, loan guarantees, rigorous technical considerations of the loan, the clean energy race, that we must compete [clean energy race], and ultimate bankruptcy of  Solyndra. It’s very likely that Mr. Chu does not realize he is explaining the very building blocks of economic rent seeking of taxpayer dollars which is in fact a politico constructed event through the mechanism of government. That Chu is indirectly explaining public choice theory in action. Stated alternatively, Chu is explaining a classic case of rent seeking in action.


Think about Chu’s testimony is the following light:

(4)     meaning no taxpayer money would be involved,


(5)    hence no hearings and no story being told in front of House Energy and  Commerce Committee.


Hence Chu invalidates his position that no political considerations were involved as the entire clean energy rent seeking process is in fact political and in fact the taxpayer was involved. How did taxpayer money become involved if politicos did not bestow the taxpayer funds through the mechanism of government? It’s of no matter that Chu, the White House, the energy department, or any other entity is denying political considerations are involved as any statement of such non-consideration of politics is ridiculous when the entire environment of clean energy is in fact a political rent seeking exercise to seek taxpayer dollars to subsidize uncompetitive energy sources.


However, supposed clean energy is not in fact competitive within the greater energy market place. In order to make supposed clean energy competitive the special interests lobby politicos for subsidies which come in the form of taxpayer money. The politico then grants subsidies through the mechanism of government as a political constituency building exercise i.e. those receiving the subsidy will then support the politico through campaign donations and other campaigning efforts. Therefore the entire process is political with the entire political process funded by the taxpayer.