Those That Facilitate Rent Seekers: Rent Seeking in Action 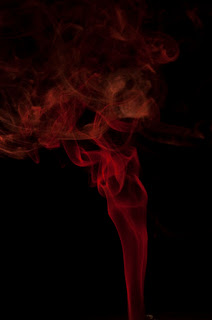 A Greensboro, NC based blog, TriadWatch, proves to outline a rent seeking facilitator example quite nicely:

A few other deals the "Senior Managing Director with CBRE Consulting" is going to present to the "Economic Development Briefing", on Tuesday, March 28 at 8AM at City Hall. – Triad Watch 03/24/2012


The icing on the cake was his negotiation of a $32 million package of economic incentives to support the project’s business case.

Leadership is challenged to identify and negotiate an economic incentives package to create a viable business case for the project.

Developed an aggressive economic incentives strategy to achieve a level of support for project viability.

Advised the client during face-to-face negotiations with each state in their European headquarters.

. Identified creative financing/bonding solutions at the local government level to significantly increase the packages in two of the three finalist states.

A little from the bio of the fellow presenting along with Dan Lynch, at the "Economic Development Briefing", Tuesday, March 28 at 8AM at City Hall. – TriadWatch 03/23/2012

“He was also recently nominated and appointed to The Site Selectors Guild, a consortium of top global site location consultants, as one of the twelve internationally acclaimed founding members." (2)

(1)    The presenter of the rent seeker seminar is highly acclaimed. Yes, “as one of the twelve internationally acclaimed founding members” of The Site Selectors Guild,

The reader would assume an “internationally acclaimed” group, The Site Selectors Guild, would be a guild with a long history which would span decades rather than two (2) years. Would such a new guild offer an annual conference? Yes, the latest annual conference was held at the Orlando, FL Hilton 01/22- 01/24/2012. A sampling of the agenda:

Monday, January 23, 10 am – 11 am Integrated Panel: Economic Development Professionals and Consultants discuss the current state and future of incentives.