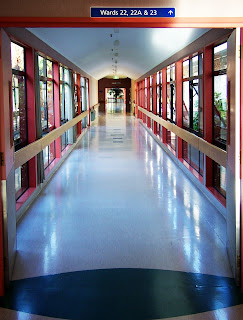 Regardless of one’s politics regarding ObamaCare, one might want to examine the 2001 essay by Milton Friedman entitled How to Cure Healthcare. A link to the entire essay appears below.

“We have become so accustomed to employer-provided medical care that we regard it as part of the natural order. Yet it is thoroughly illogical. Why single out medical care? Food is more essential to life than medical care. Why not exempt the cost of food from taxes if provided by the employer? Why not return to the much-reviled company store when workers were in effect paid in kind rather than in cash?

The revival of the company store for medicine has less to do with logic than pure chance. It is a wonderful example of how one bad government policy leads to another. During World War II, the government financed much wartime spending by printing money while, at the same time, imposing wage and price controls. The resulting repressed inflation produced shortages of many goods and services, including labor. Firms competing to acquire labor at government-controlled wages started to offer medical care as a fringe benefit. That benefit proved particularly attractive to workers and spread rapidly.

Initially, employers did not report the value of the fringe benefit to the Internal Revenue Service as part of their workers’ wages. It took some time before the IRS realized what was going on. When it did, it issued regulations requiring employers to include the value of medical care as part of reported employees’ wages. By this time, workers had become accustomed to the tax exemption of that particular fringe benefit and made a big fuss. Congress responded by legislating that medical care provided by employers should be tax-exempt.” (1)

Stated alternatively, the 70 years of politico policy, the summation thereof, regarding health-care might be entitled ObamaCare 1.0 and the current legislation is merely ObamaCare 2.0. That the summation of failed politico-government interventionist policy - will somehow, someway - be solved by more/additional failed politico-government interventionist policy. It’s merely the same song with a different beat regarding the old and worn out argument of: it will be different this time.

Government is the only enterprise on earth, that when it fails, it just does the same thing over again, just bigger. - Don Luskin


Link to the entire essay appears below: