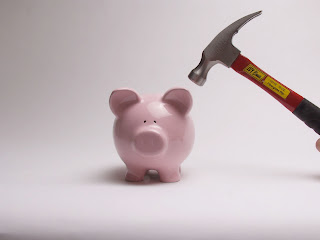 “The Fed tested the banks to see if they had enough reserves to handle an economic shock in which unemployment would increase to 13 percent, the Dow Jones industrial average would lose half its value and housing prices would fall an additional 21 percent.” (1)

The above stress test was dubbed by the media as the “doomsday” stress test. Doomsday in that the parameters are highly unlikely, yet probable and if the parameters were all exactly in place, the economy would be in some stage of depression and hence “doomsday”. (2) (3) (4)


The failure of Citi, SunTrust, Ally and MetLife Bank can surely be viewed in many ways regarding such a highly unlikely yet probable scenario. However, the implication and consequential perception of naming-names regarding “failure” was discussed by Milton Friedman and Anna Schwartz in the book The Great Contraction 1929-1933. One might consider the following:

“This time the availability of RFC [Reconstruction Finance Corporation] loans did not stem the rising tide of bank failures, partly because a provision of an act passed in July 1932 was interpreted as requiring publication of the names of banks to which the RFC had made loans in the preceding month, and such publication began in August. The inclusion of a bank’s name on the list was correctly interpreted as a sign of weakness, and hence frequently lead to runs on the bank. In consequence, banks were fearful of borrowing from the RFC. The damage was further increased in January 1933 when, pursuant to a House resolution, the RFC made public all loans extended before August 1932.” (5)


And the immediate results of naming names?

“The banks that failed the test were in rough shape: Citi fell 2.3% after-hours, SunTrust 3.7% and MetLife 2.9%. Ally is not publicly traded and still substantially owned by the U.S. Treasury.”(6)