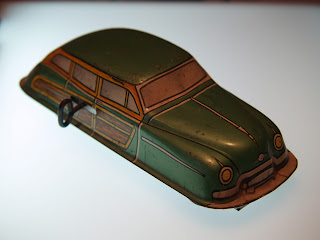 When oil prices climb in a constant fashion [rising oil prices vs. oil price shocks] the consumer has time to adjust consumption patterns. That is to say, James and Jane Goodfellow can change the composition of their basket of goods consumed to accommodate rising oil prices. As the story goes, the Goodfellow’s delay a purchase, substitute goods, and put off some purchases all together (skip a night out for dinner) to accommodate the rising energy price.

A phenomena expected to occur during a constant oil price increase would be the price of gasoline rising hence signaling consumers to increasing car pooling, more combining of trips and one would expect an increase in consumer interest and consequential purchase of electric vehicles and/or hybrid vehicles. That is, consumer preference may change regarding solely gasoline powered vehicles, in that, electric or hybrid vehicles would garner some additional consumer preference even if the increase is at the margin.

Enter the Chevy Volt. General Motors announced today that Chevy Volt production will be halted with 1,300 idled and are anticipated to be recalled April 21st.


' "Even with sales up in February over January, we are still seeking to align our production with demand," GM spokesman Chris Lee said.

"The news comes just one day after GM announced that the Volt sold 1,023 vehicles in February, up from just 603 in January.” (2)

“General Motors has told 1,300 employees at its Detroit Hamtramck that they will be temporarily laid off for five weeks as the company halts production of the Chevrolet Volt and its European counterpart, the Opel Ampera.” (3)

“It will be the third time that Volt production has been stopped for at least a month since the car first went on sale in December 2010.” (4)

Therefore we do see marginal consumer preference change from  603 Volts sold in January climbing to the astounding sales rate of 1,023 albeit the assumed sales rate is 3,750 per month (45,000 unit goal/12 months). Hence January production rate was 16% of goal and February sales was 27% of goal. Wow!

When considering rising gasoline prices pushing Chevy Volts to the astounding sales pace of 1,023 per month, one must not overlook an additional incentive: a $10,000 tax credit! Yes, your tax dollars are at work!

“The White House intends to boost government subsidies for wealthy buyers of the Chevy Volt and other new-technology vehicles — to $10,000 per buyer.


That mammoth subsidy would cost taxpayers $100 million each year if it is approved by Congress, presuming only 10,000 new-technology autos are sold each year.” (5)

Despite rising gasoline prices, despite the massive tax subsidy, the Chevy Volt must be contrasted to total vehicles sales for the month of February which spiked upward.

“For the second month in a row, U.S. auto sales came in much higher than the consensus expected in February and reached a four-year high of 15.1 million units at a seasonally-adjusted annual rate. Despite higher gas prices, total February light vehicle sales came in an impressive 15.7% above a year earlier, led by a 40.4% increase for Chrysler and 34% increase for Volkswagen. Sales of the Ford Focus doubled over the last year, and the company overall had a 14.4% increase. GM highlights included a 28% year-over-year sales increase for the Chevrolet Silverado truck and a 20% annual gain for the GMC Sierra truck.” (6)

Is there a lesson to be learned? Has this lesson been learned before in the US auto industry? The basic lesson is that consumer preference is revealed by the market place. The producers then need to match the demand revealed by the preference. However, if from the supply end producers create a supposed preference item, most times the item does not match the consumers revealed preference as a centrally planned preference rarely matches a spontaneous/emergent order preference of millions of freely choosing consumers. If one recalls, in the early 1970’s Detroit built vehicles they considered vehicles that customers wanted. Sales slumped as low quality non-demand vehicles would not sell and a flood of imports came into the US market that more closely matched consumer preference. Ah, the evil of it all.....history repeats itself yet again.

Moreover, there is likely a third lesson. If a bailed-out producer, beholding to politicos who bestowed taxpayer money onto such producer, is coerced into producing a supposed preference item merely reflecting the vision of particular politicos and their preference for “the way things ought to be”, the plans of the few end in not matching the plans of the many.