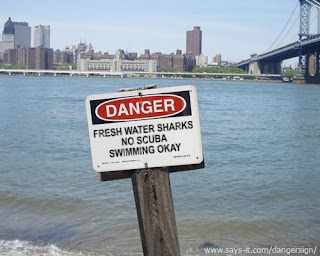 U.S. Senate Republican Leader Mitch McConnell made the following statement on the Senate floor Thursday regarding efforts by the President to lobby Democrat Senators against Senator Hoeven's amendment on the Keystone XL Pipeline:


“Last night the two parties reached agreement on amendments to the Highway Bill. I’m happy to report that there are a number of strong job creating measures in the mix. One that stands out is Senator Hoeven’s amendment on the Keystone XL Pipeline.

“Most Americans strongly support building this pipeline and the jobs that would come with it. And it’s incomprehensible to me that the President of the United States is lobbying against it.

“There’s a report this morning that President Obama is personally making phone calls to Democrat Senators he thinks might vote for this amendment. He’s asking them not to. And, frankly, it’s hard to even comprehend how out of touch he is on this issue.

“I mean, think about it: at a moment when millions are out of work, gas prices are skyrocketing and the Middle East is in turmoil, we’ve got a president who’s up making phone calls trying to block a pipeline here at home. It’s unbelievable.

“What we’re seeing in Congress this week is a study in contrasts.

“On the one hand you’ve got a Republican-controlled House that’s about to pass a bipartisan jobs bill that would help entrepreneurs and innovators by getting Washington out of the way. And today we’ve got a Democratic-controlled Senate trying to line up votes against amendments that would create jobs—and a President lobbying against the biggest one.

“We’ve got an opportunity to work together to create jobs. We can do that with these amendments. And we can do that by taking up the bipartisan jobs bill the House will pass later today.

“Let me just say a word about that. The bipartisan jobs bill the House will pass later today is supported by the President. It is ready to go, and I hope that once it gets over to the Senate we'll simply take it up and pass it.

“It's an example of a measure that is supported by Republicans and Democrats and the President that we believe will clear the House with a very large majority. I think the sooner we pass that here in the Senate and send it down to the President for signature, the better.

Many talking heads, pundits and media-types put forth the proposition that Obama is preventing oil independence, etc., and/or he is siding with environmentalists by opposing Keystone. Fair enough arguments.

Many politicos with a vested interest in the crony capitalism regarding alternative energy also have a vested interest in environmentalists. As the formula goes, the politico through the mechanism of government uses taxpayer dollars to build a political constituency. In this particular case the constituencies are associated in that the crony capitalist of alternative energy “appear” to also be the champion of the environmentalist. Therefore the politico enabler receives a double constituency building outcome through the awarding of taxpayer dollars.