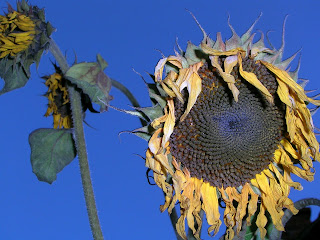 What does the $1.76 trillion price tag mean vs. the old price tag of $940 billion? It means your premium came due, again, and….. ouch! What an increase!

The most recent total expenditure on health-care in the US is 2.6 trillion (2010 stats):“U.S. health care spending grew 3.9 percent in 2010 following record slow growth of 3.8 percent in 2009; the two slowest rates of growth in the fifty-one year history of the National Health Expenditure Accounts. Total health expenditures reached $2.6 trillion, which translates to $8,402 per person or 17.9 percent of the nation’s Gross Domestic Product (GDP).” (2)

Note: the $1.76 trillion would appear in private subsidized premium and Medicaid costs as many will merely end up on Medicaid and part of the $176 billion goes to that quasi-premium portion.

Hence, by-the-numbers, you have a social insurance scheme of some sort, that has an old premium of $90 billion, and in two annual renewal cycles since inception, the social insurance scheme premium changed to a $176 billion annual premium. A 95% premium increase since inception, two short pricing cycles ago. According to research, and stand to be corrected, a $86 billion dollar increase in premium over two years might be considered the ultimate premium increase.


What Does Your $176 Billion Per Year Insurance Premium Buy?

The $1.76 trillion (over the next decade) regarding the cost of ObamaCare is made up of the following:

(a) the cost to provide coverage to the current uninsured (should fall from 16% to 6% uninsured i.e. not all will be insured),

(b) cost of expanded coverage,


The cost to provide coverage to the current uninsured:

(1) many of the uninsured will be placed in Medicaid and hence the annual cost of Medicaid increases,

(2) those purchasing coverage that have means, but not total means to buy, will be subsidized (up to 133% of poverty level qualify for subsidy),

(3) those firms ending coverage due to cost, those subsequent uninsured employees will then purchase individually and some will fall into #2 above (subsidy).


The cost of "expanded coverage" (scope of coverage) e.g. first dollars coverage for annual physical, colonoscopy, etc. means the premium is driven up, hence the cost for subsidies increases with the underlying premium cost increase to cover expanded benefits. Also, the scope of coverage will include no pre-existing condition exclusion yet charge the impaired risk nothing extra, hence driving all premiums higher, hence driving the subsidy higher.


The administration of ObamCare by a federal bureaucracy speaks for itself.


The Other Side of the Coin

And About That Base Economic Model that is Broken?


What about this $176 billion regarding changing the base model of health-care (a $2.4 trillion dollar per year broken model)? It does nothing about fixing the model. If anything it exacerbates the broken model through mandated coverage under ObamaCare which is a basically a low deductible major medical plan which causes over utilization......meaning the coverage itself is a cost driver and hence you are subsidizing an ever increasing cost driver. Ops!


The "cost containment" within ObamaCare is a price fixing scheme. That is, they intend to contain cost ala Richard Nixon. There is not one price fixing scheme in all of economic history that was ever successful. Why? If one doesn't use price as a rationing agent, then some other rationing agent must replace price. That is, price fixing merely affects supply quantitatively and qualitatively. Or, alternatively, supply merely deteriorates in quality and the new lower quality supply is rationed over time.

(3) Insurance Industry Overview, http://www.plunkettresearch.com/insurance-risk-management-market-research/industry-statistics
Posted by W.E. Heasley at 5:31 AM