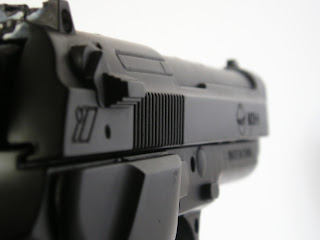 One needs to examine conceal-and-carry and how it relates to the economic proposition of the “free rider effect”.

When conceal-and-carry laws are enacted, those that want to commit crime are now faced with who in fact does have a concealed weapon. For example, if A, B, and C are walking along, who has the concealed weapon? A? B? C? All? None? Just one? Hence would-be-crime-committer Z is faced with a dilemma-deterrent in that Z may be completely out gunned, may be facing gun to gun, or may be the only gun. Which is it?

Consider A, B, and C now dispersed to different locals. Would-be-crime-committer Z remains faced with a question: is a concealed weapon involved?

The book is extremely comprehensive as Lott collected enormous amounts of data. More guns....less crime. Rather counterintuitive but none the less true.

A link below is to a 06/17/2010 discussion panel at the CATO Institute with Dr. Lott representing the position of more guns, less crime and the Brady Campaign to Prevent Gun Violence representing those in favor of gun control. The discussion is enlightening: