The repeal of ObamaCare's subsection C.L.A.S.S.: entitlement repeal -or- repeal of a budget gimmick entitlement? 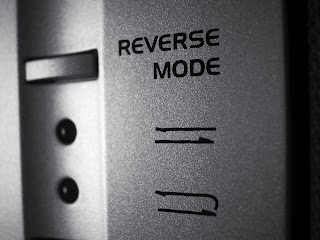 “The Republican-led House on Wednesday voted to repeal a financially troubled part of the 2010 health care law that was designed to provide affordable long-term care insurance.

The House vote comes months after the Obama administration suspended the Community Living Assistance Services and Support program, known as the CLASS Act.


Health and Human Services Secretary Kathleen Sebelius in October said she was unable to find a way to make the program financially solvent.

Still, the White House has said it does not support repealing the program, under which workers would pay a monthly premium during their careers and collect a daily cash benefit if they become disabled later in life.

Republicans have targeted the program as part of their overall goal of dismantling the health care overhaul law. Action on the bill in the Democratic-controlled Senate is uncertain.

“Republicans are committed to repealing and defunding it, piece by piece if necessary,” House Speaker John Boehner (R-Ohio) said of the health care bill after the CLASS Act vote.

However, to understand why-what-where-when-how of the repeal vote one needs to examine this news story from October, 2011:

“Congressional Republicans spent yesterday debating their political strategy options now that the Obama Administration has euthanized the Affordable Care Act entitlement program known by the acronym CLASS. The next question is how much of the rest of the law, as a practical matter, they should try to take out too. But they did receive a gift from the Congressional Budget Office, which showed unusual common sense in ruling that formally repealing the CLASS spending program for long-term care would not increase the deficit.

Welcome to the wilderness of mirrors that is the budget process. During the health-care debate, CBO scored the CLASS entitlement as a fiscal benefit because of a Democratic gimmick: The program would have collected $81 billion more in premium taxes over the next 10 years than it would have spent on home health aides and the like -- even though this huge new liability would then have started draining the federal fisc in the following decade. Under these rules, getting rid of Class "costs" $81 billion, which Republicans would have to offset.

But then the white smoke rose up from CBO, and in an email to staffers it ruled that it would adjust its baseline to "assume that the program will not be implemented," since the Administration itself junked CLASS. "Beginning immediately, therefore, legislation to repeal the CLASS provisions in current law would be estimated as having no budgetary impact," the message continued. In other words, repealing what is now a vestigial program merely ensures that the CLASS program remains vestigial, while actually preventing future taxpayer dollars from being spent would have also erased the fake deficit reduction.

This kind of non-logic shows why the budget process is so in need of reform. But anyway, CBO's blessing makes it much easier for House Republicans in particular to do some practical good. The White House let it be known yesterday that it opposes a formal repeal of the CLASS program even as it says that the program would be a disaster. Perhaps that's because it may try to revive CLASS in the future, as the Hill newspaper reported it was telling its political allies.

More likely, the veto threat comes because the White House knows that a repeal bill would also be a vehicle for also repealing some of the health-care laws more unpopular and harmful elements that Democrats would find it difficult to oppose -- which is why Republicans should use this new lever to the maximum extent“.