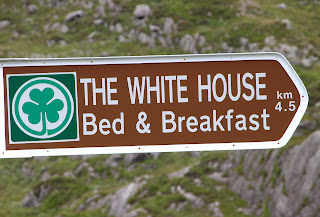 ‘President Barack Obama announced a package of proposals designed to jolt the housing market, his latest effort to reignite the economy after four years of foreclosures and falling home prices.

“This housing crisis struck right at the heart of what it means to be middle class in America: our homes,” Obama said in a speech in the Washington suburb of Falls Church, Virginia. “We need to do everything in our power to repair the damage and make responsible families whole.”

The president said his plan would make it easier for homeowners to refinance their mortgages into current low interest rates, which are now below 4 percent. Borrowers, even those who owe more than their homes are worth, would be able to refinance into loans guaranteed by the Federal Housing Administration.

To pay for the program, Obama will ask Congress for a tax on financial companies with more than $50 billion in assets. Congress has refused to act on similar requests twice in the last two years.

“No more red tape, no more runaround from the banks,” Obama said. “A small fee on the largest financial institutions will make sure that it doesn’t add to the deficit.” ’ (1)


Upon further review, the implicit underlying argument of the semi-bailout described above is that the market failed. However, if markets fail, then governments fail too.

One needs to examine government failure and associated externalities and the response. Rather than scrapping policy that fails, more policy is instituted to supposedly correct the root policy failure which merely continues to fail.

“Government is the only enterprise on earth that when it fails, it merely does the same thing over again, just bigger.” -Don Luskin, TrendMacro

“I think the government solution to a problem is usually as bad as the problem and very often makes the problem worse.” - Milton Friedman

In a nutshell, beginning with the market intervention of the community reinvestment act, the promotion of ownership above historical standards by manipulation of GSE’s [Fannie, Freddie, etc.], government directed lowered loan standards, coupled with the Federal Reserve (government) creating a cheap money bubble 2002-2004 created the stage for shenanigans. That the cascading market interventions cause cascading market distortions.

Now coming three fourth circle, one must examine the proposition that Markets never clear perfectly. Why? Serially uncorrelated errors. Hence no perfection can occur. The market clearing proposition is that quantity demanded will be in equilibrium with quantity supplied with price as the equaling agent. (3)

In summary, a market never perfectly clears, but it clears in the most part as price changes to bring quantity demanded into equilibrium with quantity supplied. Hence constant distortions impede equilibrium therefore the market distorts and quantity demanded or quantity supplied, given no perfection, can not come into a dynamic equilibrium. In the case of the current housing market, constant and continuous market intervention distortion will leave the market out of equilibrium and delay market clearing, albeit imperfect.

(2) Getting Off Track, how government actions and interventions caused, prolonged, and worsened the financial crisis, John B. Taylor, 2009.