About Those Taxpayer Subsidies for Green Energy: Germany and the Dutch Pull the Plug 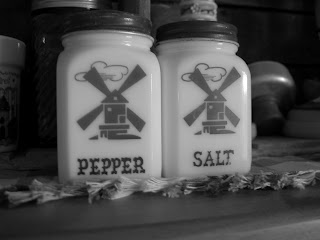 “COPENHAGEN – One of the world’s biggest green-energy public-policy experiments is coming to a bitter end in Germany, with important lessons for policymakers elsewhere.

Germany once prided itself on being the “photovoltaic world champion”, doling out generous subsidies – totalling more than $130 billion, according to research from Germany’s Ruhr University – to citizens to invest in solar energy. But now the German government is vowing to cut the subsidies sooner than planned, and to phase out support over the next five years. What went wrong?


There is a fundamental problem with subsidizing inefficient green technology: it is affordable only if it is done in tiny, tokenistic amounts. Using the government’s generous subsidies, Germans installed 7.5 gigawatts of photovoltaic (PV) capacity last year, more than double what the government had deemed “acceptable.” It is estimated that this increase alone will lead to a $260 hike in the average consumer’s annual power bill.” – Germany’s Sunshine Daydream, Project Syndicate, Bjørn Lomborg (1)


“The nation known for its iconic windmills is throwing in the towel on offshore wind power, as Dutch officials have determined the Netherlands can no longer afford large-scale subsidies for expensive wind turbines that cannot produce electricity at economically competitive prices.


The decision is a powerful blow against renewable power advocates who have long asserted Holland proves renewable power can be practical and economical.” - Dutch Pull the Plug on Offshore Wind Subsidies, Heartlander, D. Brady Nelson (2)

Setting aside one’s political views in regards to taxpayer subsidies and environmentalism, one must examine the situation of the two way cost where the taxpayer/consumer subsidizes his/her own price increase. That is to say, when green energy is subsidized by the taxpayer a first cost is incurred. However, the green energy firm which has already collected a taxpayer subsidy goes one step further and lobbies for their energy output to be purchased by utilities [purchase is mandated/required]. The utility is then forced to buy the supply of green energy output at above market green energy output price (other sources are available at lower costs but the utility’s freedom to choose inputs has been curtailed). The increased cost is then passed onto the consumer. Therefore the taxpayer/consumer has subsidized their own price increase.


Upon further review, the subsidization of one’s own price increase is not the end of the story as the value associated with the subsidization and consequential price increase purposely appear somewhere/elsewhere. That is to say, beyond tax dollars of taxpayer A being spent to increase the costs to the same taxpayer A when acting as a consumer, the taxpayer subsidy and increase cost accrues as a benefit to an exogenous party(s).  In other words, beyond the political dupery of having the taxpayer subsidize his/her own increased cost, the cost becomes a value to another party or parties.


Before one examines what party or parties benefit from the purposeful political dupery one needs to consider third party intervention. That is, the entire dupery process of the taxpayer subsidizing his/her own increased cost, such dupery cannot occur unless a third party directs such dupery. The third party dupery enabler is the politico.


Meanwhile, a final step needs examined once the politico is satisfied he/she has built a dependent politico constituency at no cost to themselves and with all cost borne by the taxpayer/consumer. The “winner” [picking winners and losers] is the party with the value bestowed upon them. This remote third party gains the value not through competition, not through innovation creating a low cost and valued item by the market place; the value was gained through politico enablers aka crony capitalism.