Greek Debt Crisis, US Entitlement Crisis and Through the Looking Glass 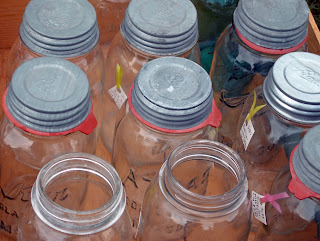 Say one were to describe the Greek debt crisis and associated politico negotiations regarding over spending by use of debt and the subsequent austerity measures as well as the bail-out time line. One would be attempting to describe the ongoing, rolling, on-again-off-again, never seems to be resolved crisis. One might go on to write a 2,500 word essay describing the situation.

Further, if one were to describe the US entitlement crisis and associated politico negotiations regarding the tens of billions of dollars of unfunded liabilities -one would yet again be attempting to describe the ongoing, rolling, on-again-off-again, never seems to be resolved crisis. Once again, a 2,500 word essay describing the situation might be called upon.

-Or- one might seek an existing compact and succinct description if such description existed.

Why create a 2,500 word essay when the following exists:

"It's very good jam," said the Queen.
"Well, I don't want any to-day, at any rate."
"You couldn't have it if you did want it," the Queen said. "The rule is jam tomorrow and jam yesterday but never jam to-day."
"It must come sometimes to "jam to-day,""Alice objected.
"No it can't," said the Queen. "It's jam every other day; to-day isn't any other day, you know."
"I don't understand you," said Alice. "It's dreadfully confusing."
-Through the Looking Glass.
Posted by W.E. Heasley at 5:31 AM