Obama’s Folly: Why Taxing the Rich Is No Solution - Journal of the American Enterprise Institute‏ 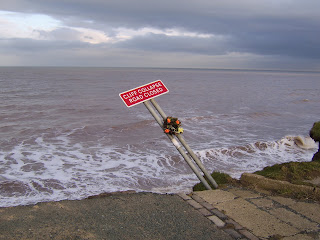 "Unfortunately, the choices faced by America are not that simple. An economic strategy founded on raising taxes on the rich is based on two false premises. The first is that tax increases on the rich are a solution to current budget deficits. The second is the argument often put forward that there is “no evidence” that tax increases on the rich hurt the economy."
"If you look carefully, President Obama has never explicitly stated that taxing the rich will bring in much revenue. Instead, the president has made sure to give voters the impression that the Republican refusal to tax the rich is the main cause of the deficit and thus the main obstacle to solving the fiscal crisis."

"But how much revenue are we really talking about? According to the New York Times, the president’s plan to abolish the Bush tax cuts for those making more than $250,000 is expected to bring in merely $0.7 trillion over the next decade, or about 0.4 percent of Gross Domestic Product per year. As a comparison, the Congressional Budget Office estimates that the deficit over the same period is going to be $13 trillion, more than 6 percent of GDP per year.

The rich in America obviously have lots of money, but there are simply not enough of them to fund the president´s preferred level of spending. For all the attention it has received, President Obama’s “taxing the rich” policy can best be described as symbolic in nature, a rounding error compared to the deficits in the president’s budget. Obama centers his speeches around tax hikes on the rich to lead voters into believing that hard choices on the economy can be avoided simply by taxing the rich at a higher rate."

"Although the proposed tax increases will barely make a dent in the deficit, raising the top tax rates is likely to harm economic output. Many are convinced that tax increases have little or no damaging impact on the economy. We hear over and over again that notions of damaging effects from higher taxes are merely based on “trickle down” theory, which has been proven false.

This is not true. There exists robust empirical evidence that taxes impede economic activity. In conventional economics, only the magnitude of the negative impact of taxes on economic output is debated, not the existence of such an effect."

Below is a link to the entire article: