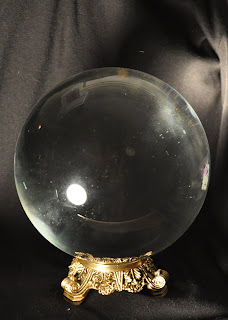 "The bottom-line, fundamental reason I endorse markets over government direction of the economy – the essential reason I support extensive and vigorous private property rights and the consequent decentralization of decision-making that this institution brings – is that I cannot tolerate the mysticism that motivates too much reliance on government.

Too many people, including otherwise very smart people, believe in secular magic. They believe that words written on paper by people, each of whom receive a majority of votes on certain days of the year of adult citizens living in certain geographic areas, and who utter ritualistic pronouncements under marble domes in buildings conventionally called “capitols,” are somehow endowed with greater understanding of society’s complexities and with superhuman capacities to care about the welfare of strangers. These priests preach devotion, dedication, and sacrifice to the One True State (your own government), even while each recognizes that legitimate disputes about the details of the dogma divide various cliques of the secular clergy. When they speak and act in their official roles, they expect – usually correctly – that the laity pay their words special heed as if these words have extraordinary power." - Don Boudreaux, Cafe Hayek

Below is a link to the entire post by Don Boudreaux: