The Iceberg by Bill Whittle 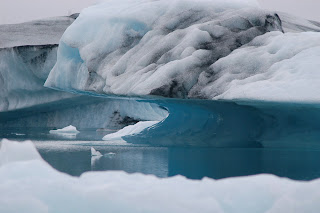 "But Progressivism is not progressive – it’s ancient. Cyclical. It’s circular. It is, in fact, the symptom and the eventual cause of impending collapse.

In fact, in all of human history, there has been only one genuinely progressive, genuinely liberating idea: a lightning bolt across the pages of history – the why in 1776, the how in 1787 – the idea of limited government, god-given rights, personal liberty and rule by the vast collective wisdom and industry of the common man, and not by the bored, pampered and self-hating elites that have run everything before and since. This is a once-in-history idea. This is why we have to conserve it. We have to conserve this fundamentally liberal idea.

I said that what we today call Progressivism is in fact ancient and circular. Don’t believe me? Well, the great roman orator Cicero, speaking in defense of his friend Sestius, around 55 BC, said – quote:
“Gaius gracchus proposed a grain law. The people were delighted with it because it provided an abundance of food without work. The good men, however, fought against it because they thought the masses would be attracted away from hard work and toward idleness, and they saw the state treasury would be exhausted.”

When a society – after generations of hard work, sacrifice and hardship – reaches a certain level of prosperity, “Progressives” like Bill Maher, Janeane Garofolo, Rosie O’Donnell and Gaius Gracchus – that last Progressive died in 121 BC – assume that the prosperity is endless, and push for more and more people to get more and more goods and services for less and less work. Why? Because – as today, in America, as with the British Empire, the French Empire, the Spanish Empire, the Ottomans, the Mongols, Rome, Greece, Eqypt, Babylon… They do it for political power. They live for political power. This “Progressivism” is ancient, recurring, tyrannical and ruinous.

And we voted for it. Just like the Romans did."


The complete essay appears in the link below: