Interest rates or the quantity of money? 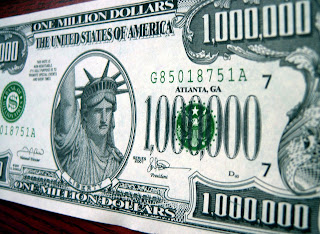 "To Keynes and many of his contemporaries, this sequence of events seemed
a clear contradiction of the earlier theory and of the efficacy of monetary policy.
They tended then, as many still do, to regard monetary policy as operating via
interest rates. Short-term interest rates in the United States had fallen drastically
during the contraction. In particular, the discount rate charged by the Federal
Reserve Banks on loans to banks that were members of the Federal Reserve
System was steadily reduced from 6 percent in 1929 to 1.5 percent by the fall
of 1931, though it was then abruptly increased to 3.5 percent in response to
Britain’s departure from gold in September 1931, and was still 2.5 percent in
early 1933. Judged in these terms, monetary policy was “easy,” yet it apparently
had been powerless to stem the contraction, giving rise to widespread
apprehension that monetary policy was like a string: you could pull on it, but
not push on it, i.e., monetary policy could check inflation but could not offset
contraction.

From another, and I would argue far more significant, point of view, monetary
policy was anything but “easy.” That point of view regards monetary
policy as operating via the quantity of money. In terms of annual averages, the
quantity of money in the United States fell by one-third from 1929 to 1933—
by 2 percent from 1929 to 1930, just before the onset of the first banking
crisis, and by a further 32 percent from 1930 to 1933. Data on the quantity of
money were not published regularly at that time and were not readily available
even with some lag, whereas interest rates were readily and contemporarily
available—both effect and reinforcement of the tendency to interpret monetary
policy in terms of the interest rate rather than the quantity of money.” - Milton Friedman (1)