Morgan the Cow, a Humble Amish Farmer, and the FDA 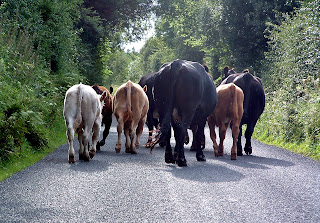 'Among a half dozen speakers who railed against the FDA was Jonathan Emord, a Washington lawyer who specializes in representing individuals and business hit on by the the FDA. He may become involved in the Allgyer case, in which the FDA has sought a permanent injunction against the farmer for shipping raw milk to the food club outside Pennsylvania. Emord gave a pretty fiery speech for a lawyer.


"When a major pharmaceutical company commits fraud in a new drug application, or markets a drug that causes heart attacks and strokes in tens of thousands of people, far from stopping the company, the FDA stands in defense of it.


"But when a humble Amish farmer dares sell unpasteurized milk, the FDA gets down to business...FDA spent a year investigating Dan and entrapping him...They should be ashamed of themselves! This nation was built by yeoman farmers just like Dan Allgyer." ' - thecompletepatient.com

http://www.thecompletepatient.com/journal/2011/5/16/morgan-the-cow-gets-top-billing-at-capitol-hill-rally-for-am.html
Posted by W.E. Heasley at 8:00 AM