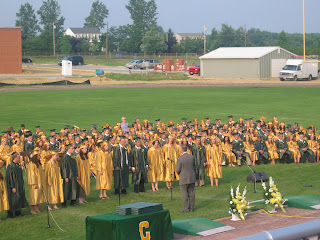 Keeping K-12 and public universities in mind, consider this statement by Milton Friedman when considering the current taxpayer supported systems regarding the investment in education: "In a private market economy, the individual would get his return as his personal income, yet if the investment were subsidized, he would have borne none of the costs". (1)

An argument point to keep in mind

One might want to keep the following argument points in mind put forth by collectivists regarding the presumed need to funnel more and more and more tax dollars to public education: "children are our future", "we will have an educated and more productive society", “democracy is better served by the better educated”, etc..

One of the implicit and explicit assumptions in Friedman's 1955 essay The Role of Government in Education is that individual X increases his/her potential to earn a higher income through education and many times the potential actually translates into increased earnings. However, Friedman is pointing out the potential and actual earnings increase was largely subsidized by the exogenous taxpayer. When considering the now higher earnings of individual X, one must deliberate the fact that X did not pay for the total costs associated with the increased earnings.

Back to the more productive society

The implicit assumption in slogans such as "children are our future", "we will have an educated and more productive society", “democracy is better served by the better educated”, is that a social benefit of some undefined sort accumulates. However, we also know that increased earnings accumulate. In other words, are collectivists unknowingly implying that Adam Smith’s invisible hand is at work [increased earning and increased social benefit]?