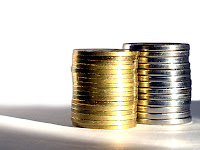 ‘A tax levied on corporate profit reduces the care and effort owners put into its operation, since part of the return that would have been received by owners will go to the state. Defacto, private owners of the corporation are saddled with a shirking partner, the state, which takes part of the revenue and provides none of the effort to improve the firm’s return. Consequently the greater is the corporate tax rate, the greater the incentive for corporate owners and management to pursue the “quiet life”.’ - Harold Demsetz’s, From Economic Man to Economic System, Chapter 10, pages 141 -159, The Public Corporation: Its Ownership and Control.

In essence, the state represents itself as the shirking partner in the form of tax. Since firms are merely a collection of households, both the firm and accompanying households are saddled with shirking partner which takes part of the revenue and provides none of the effort.

Its no wonder James and Jane Goodfellow have such a low opinion of "state". What opinion other than a negative opinion could one possibly have regarding a shirking partner providing no effort yet taking revenue, then taking such revenue to create more tax, enrich itself, and redistribute "efforts"?
Posted by W.E. Heasley at 5:48 AM