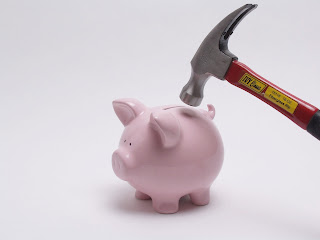 "The top federal housing regulator filed lawsuits on Friday against 17 of the world's biggest financial institutions, saying they sold $196 billion of risky home loans over four years to Fannie Mae and Freddie Mac without adequately disclosing the risks.

The suits, filed by the Federal Housing Finance Agency, represent the most sweeping action to date from a federal regulator stemming from the mortgage meltdown, which brought the financial system to its knees in the fall of 2008 and helped push the economy into a deep recession." (1)

"Among those targeted by the lawsuits were Bank of America Corp., Citigroup Inc., JP Morgan Chase & Co., and Goldman Sachs Group Inc. Large European banks including The Royal Bank of Scotland, Barclays Bank and Credit Suisse were also sued.

The lawsuits were filed by the Federal Housing Finance Agency. It oversees Fannie and Freddie, the two agencies that buy mortgages loans and mortgage securities issued by the lenders.

The total price tag for the mortgage-backed securities sold to Fannie and Freddie by the firms named in the lawsuits: $196 billion." (2)

Milton Friedman stated many times that legal recourse is one of those checks and balances within free enterprise/free markets to weed out the unscrupulous.

In this particular case exactly where is the root problem? Does legal action need taken to root out the source of the problem or the problem's results?

Secondly, the residential housing sector is in a depression. Partly due to the above phenomena and also due to the government directing way too many resources into a single sector (residential housing) via the aid of the tax code. Hence suing lenders is going to help the housing market -or- is suing lenders merely blaming some entities for the housing market depression?

Most importantly, how does this action solve the current economic malaise?

(3) Getting Off Track: How Government Actions and Interventions Caused, Prolonged, and Worsened the Financial Crisis. John B. Taylor, Hoover Institution Press, February, 2009.
Posted by W.E. Heasley at 12:22 PM