Jason and the Argonauts and the Quest for the Solar Fleece -or- Solyndra, SolarReserve, Ron Pelosi, Nancy Pelosi and Argonaut Private Equity 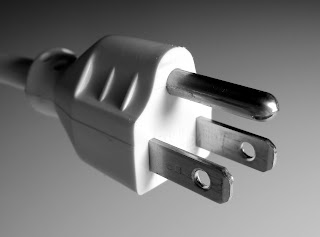 “Yesterday, the Department of Energy announced that it had approved new loan guarantees worth more than $1 billion for two solar energy companies:


Let’s see. Simple math, as the president would say, gives us a grand total of $1.074 billion spent to create, according to the DOE, just 45 permanent jobs. That’s about $24 million spent for every permanent job created. As far as the DOE’s “green” loans program is concerned, that’s par for the course. By any reasonable standard, it’s a horribly inefficient way to spend the taxpayers’ money.

With respect to Solyndra, the DOE shelled out $535 million to a company that happened to list a major Democratic fundraiser (George Kaiser) as a primary investor. Could there be a similar connection to any of these other companies? Of course there could.

As American Glob reports, Solar Reserve, the California-based enterprise at the heart of the $737 million loan guarantee mentioned above, is an “investment partner” with the Pacific Corporate Group. The executive director of PCG is Ron Pelosi, brother-in-law of House Minority Leader Nancy Pelosi (D., Calif.).

But that’s not all. Solar Reserve is also investment partners with Argonaut Private Equity, an arm of the (George) Kaiser Family Foundation that was a major investor in Solyndra and was involved in negotiations with the DOE to restructure the failed company’s loan agreement. That agreement would ultimately give Argonaut and other private investors priority status over the American taxpayer with respect to the first $75 million recovered in the event of Solyndra’s collapse. As Republicans argued at a recent House committee hearing, this arrangement was almost certainly a violation of federal statute.

Argonaut’s managing director, Steven Mitchell, served on Solyndra’s board when the restructuring took place, and reportedly still serves on the company’s board. He is also listed as a “board participant” at Solar Reserve.” - The Solyndra Mess Gets Messier, by Andrew Stiles, National Review On Line, 09/29/2011