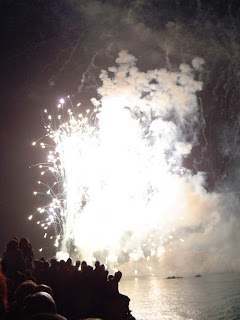 You see, Armageddon was pending with the bail out, the stimulus plan, ObamaCare, and the financial reform bill. These four horsemen of the apocalypse needed passed post haste or else "Armageddon"!

Yes, the end of the ends.


'House Republicans are starting to rally behind a strategy on the debt ceiling called "cut, cap and balance." This is the condition for an agreement to raise the $14.3 trillion debt ceiling that was recently laid out by House Republican Whip Kevin McCarthy of California.

"What this means is we want an iron clad cut in spending over the next five years; an enforceable cap on outlays with automatic sequestration if the caps aren't met; and a balanced-budget requirement," said Mr. McCarthy.

The strategy is also being pushed by conservatives on the House Republican Study Committee. According to sources there, RSC Chairman Jim Jordan of Ohio will unveil a plan in the days to come that will require a balanced-budget agreement plus a cap on spending that brings federal outlays down to "around 18% of GDP after 10 years." Several RSC members are still smarting over the fact that the spending cuts in the 2010 continuing resolution were much smaller than promised, and this has only emboldened conservatives to take a harder line on the debt ceiling.

That could be bad news for the White House and Treasury Secretary Tim Geithner, who continues to talk about "Armageddon" if the debt bill is not passed. The scare tactic doesn't appear to be working. This week Mr. Geithner sent a letter to congressional leaders once again urging "timely action to increase the debt limit in order to protect the full faith and credit of the United States and avoid catastrophic economic consequences for citizens." Rep. Todd Akin of Missouri echoed the sentiment of a large majority of his House Republican colleagues when he responded, "We just can't fold like we did on the CR, because the real financial crisis happens if we don't solve this debt problem." ' (1)

Then again, maybe their only friend is the end.